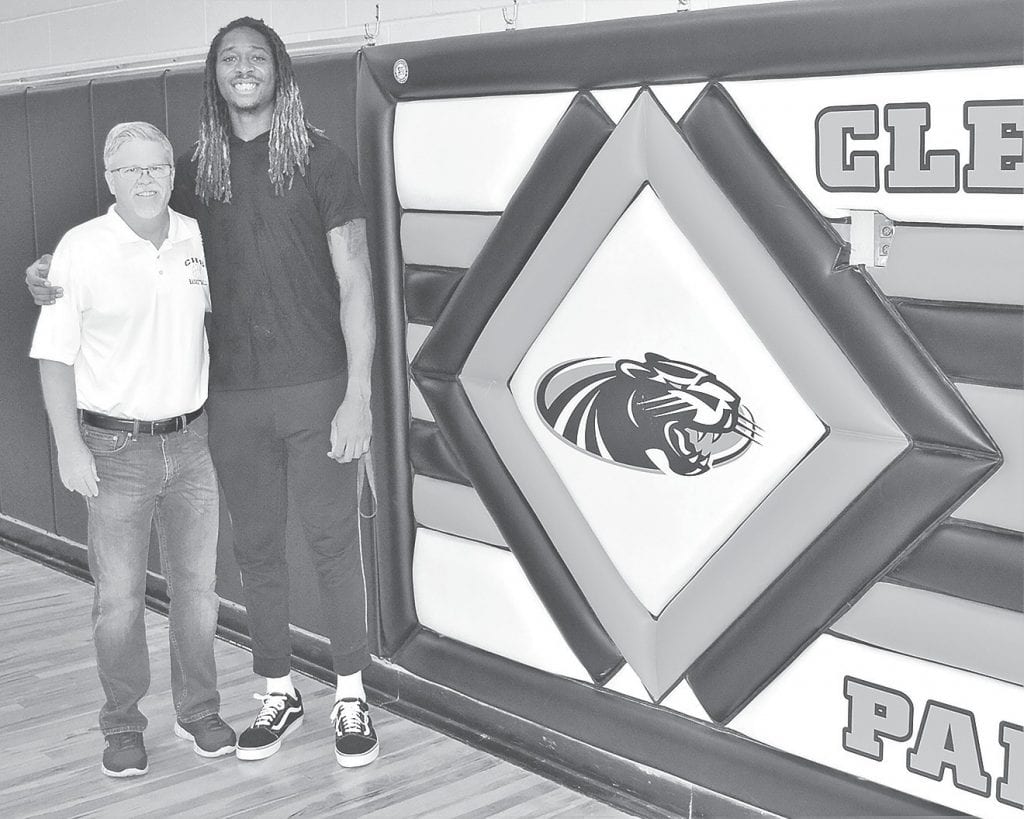 Former Cleveland High School basketball standout Emanuel Terry has signed a training camp contract with the National Basketball Association’s (NBA) Denver Nuggets. It is believed he is the first Blount County player to have a chance to play in the NBA.

Assistant principal Conny Lowery was the head basketball coach at the school when Terry was playing. He said Terry moved to Cleveland just before his sophomore year. “At the time he was 6’2” and 130 pounds. A toothpick. He didn’t have the most talent, but I noticed immediately he had a good work ethic and was willing to play hard on defense.” Lowery also said Terry is a “quiet, respectful young man.” The Nuggets roster lists Terry at 6’9” and 220 pounds. Lowery said, while he grew in height by the time he was a senior, he was still on the skinny side.

After high school Terry was awarded a scholarship to play at Lincoln Memorial University (LMU), a private NCAA Division II school in Harrogate, Tenn. Lowery said the LMU coach’s usual practice is to red-shirt all freshmen, but he made an exception with Terry. According to Lowery, the LMU coach recognized the same qualities Lowery had observed when Terry was in the 10th grade.

Terry was a star in college as well. In 2016, LMU advanced to the Elite Eight in the NCAA Division II basketball tournament, thanks in part to Terry’s career-high 24 points, 12 rebounds and five blocked shots. Even though they lost the next game, it was the deepest the school had ever gone in that tournament.

Earlier this year, Terry was the school’s first student athlete ever named as the South Atlantic Conference’s Male Athlete of the Year. During Terry’s tenure at LMU, the team had it’s best four-year run of 126-14 with Terry being the school’s career leader in field goal percentage (.705) and shots blocked (228), as well as scoring 1,157 points and pulling down 854 rebounds. He also graduated with a degree in sports medicine.

Terry entered the NBA draft this year, but was not selected. He did earn a spot on the NBA’s summer league roster where, in five games, he got noticed for posting good offensive numbers and for his defense and energy. Those performances have earned him the opportunity to be on the Nuggets 20-man practice roster with a chance to play in Denver or on the team’s minor league G-team. Terry said he was disappointed about not being drafted, but picked himself up and was determined to do “the best I could in the summer league games. I’m excited about the opportunity to go to Denver.”

Terry was at the high school last Saturday to meet with former teachers, coaches, teammates, classmates, friends, and fans. All congratulated him and gave him a warm send-off to Denver. Terry signed autographs and chatted with people he had not seen since leaving Cleveland. His mother, Angela Spann, moved to Enterprise after Terry graduated.