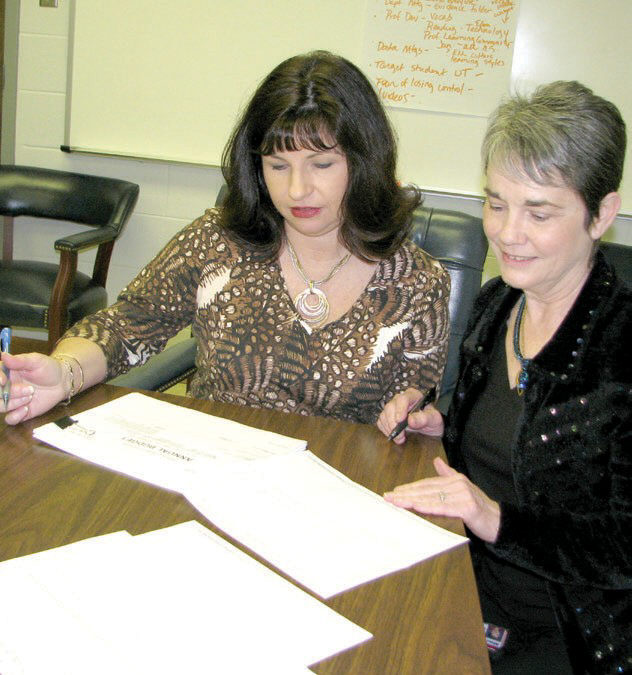 Imagine if halfway through the year you were forced to take a 9 percent pay cut. For the average person, that means instead of making $45,000 this year you would make $40,950.

That would probably mean a major lifestyle change. Instead of eating out a couple of times per week, you might just eat out once a month. Instead of the prime movie channels on cable or dish, you might have to cut back to a lesser package. No more movies twice a month. No more vacations.

That is the situation currently facing educational systems in Alabama. Gov. Bob Riley announced in December that due to budget shortfalls brought about by a staggering economy, school systems in the state would face a 9-percent reduction in the current year’s budget.

Actually, the original projections were even worse. The initial proration figures called for a reduction of 12.5 percent from education budgets. However, the governor made the decision to dip into the state’s $437 million rainyday fund to lessen the blow. Almost half – $218 million – of the fund will be injected into state education but the cut of 9 percent to each system’s budget is still substantial.

Both the Oneonta City and Blount County school systems are in solid financial shape. However, a reduction of 9 percent to the current budget of each system is a serious burden.

“For us, we are looking at loss of $4.4 million,” said Blount County chief school financial officer Marcena Bryson. “We had been working with a $72-million budget for the current year and that was already pretty lean. When you take away 9 percent of our state funds and 72 percent of our budget is derived from state resources, it is a big loss.

“We will dip into our reserves to recoup some of the loss, but we are still going to have to work with a $2-million loss in the current year’s budget.”

Bryson’s counterpart at Oneonta agrees. “We are operating with a current year budget of $11.49 million,” said Kathy Loggins. “A 9-percent cut means a loss of $696,607. We already operate a pretty frugal system so these cuts are tough to take.

“We will pull out of our reserves enough to make up (for the shortfall) but that is something that not every system will be able to do.”

The two local systems are in better shape than some around the state. Alabama requires each system to maintain a reserve equal to one month’s operating expenses.

“We are in much better shape some other systems in the state,” said Oneonta superintendent Jack Housch. “We learned last month at a conference that 21 systems in our state do not have even one month’s reserve.”

Both Oneonta City and Blount County have a reserve equal to 2.6 months. However, those monies can, and will, disappear fast when used.

State is trying to help


In an effort to aid systems in fighting proration, the state Department of Education has taken steps to help local systems, even loosening up some regulations regarding the use of certain funds.

“We are now being allowed to transfer funds from some areas,” said Bryson, “that normally would have been earmarked for a certain purpose.”

“For example, our fleet-renewal and capitalpurchase money – even that carried over from last year’s budget – can now be used to cover shortfalls, after debt service in those two areas,” said Loggins. “For us (Oneonta), that amounts to $583,000 that we can use to offset other losses.”

What each system is seeing is that some “extras” are having to be cut.

“We have scaled back our summer tutoring and at-risk programs in an effort to save money,” said Loggins. “We can take those funds and use them in other areas.”

“We have centralized some programs at the Career Tech Center,” said Carr. “We’ve tried to streamline some of those programs, combining personnel responsibilities, for example. Some of our summer tutoring in the system will be affected.

“Also, we have started cost-cutting measures in our schools such as turning off printers and computers overnight and removing non-essential appliances in classrooms. Our employees have been open to the changes and very progressive.”

Every change will help. According to Bryson, the Blount County system pays Alabama Power $1.2 million per year just in utility bills.

The Blount County system has also cut out future field trips. However, the board will allow previously approved trips to take place. In addition, teachers, and especially coaches, have been asked to take closer looks at travel plans in an effort to cut expenses.

Housch says the Oneonta system has not cut back any field trips but athletic schedules are being looked at since sports travel eats up a significant portion of transportation funds.

Both Carr and Housch relate that parental costs need to be factored in when considering field trip requests. A floundering economy means that parents may not be able to provide money for a child’s trip expenses as easily as in the past.

Maintenance and school repair are already a big priority. The maintenance departments in both systems are being asked to do as much repair as possible to keep from having to use outside sources.

Carr points out one change that his system has made. “We have started using metal forks (as opposed to plastic utensils) in all 11 lunchrooms in our system. We estimate that we will save $8000 per semester or $16,000 per year with just this one change. That’s money we can put elsewhere.”

The Oneonta system does not have any major capital outlay projects planned. Carr acknowledges, however, that the economic downturn has affected planning of upcoming projects for the county system. “A couple of our projects have been pushed back for the time being. Exactly how long we wait will depend on the numbers (or dollars) we get later on. As of now, everything is on hold until we see what the funding situation for 2010 looks like,” he said.

‘Bang for the buck’

“I will say this,” said Housch. “I’ve looked at the numbers from both systems and I honestly believe that the citizens of this county and the students in our systems get more ‘bang for the buck’ than most.

“We would all love to have more local funds available to us but we are appreciative of what we do get. I think what both systems have done is to make sure that all monies are spent as wisely as possible with very little, if any, waste.

“We will do our best to protect those things that make our school special and try to make sure that the educational experience changes little, if any, for our students. A prolonged period of recession and proration will of course make that much tougher.”

Carr adds, “We will continue to operate as we always have. That means be conservative, plan, and take care of the funds we have. We have great teachers and employees that are committed to do what is needed. Eventually proration will end and things will get back to normal.”