Synthetic marijuana off the shelves 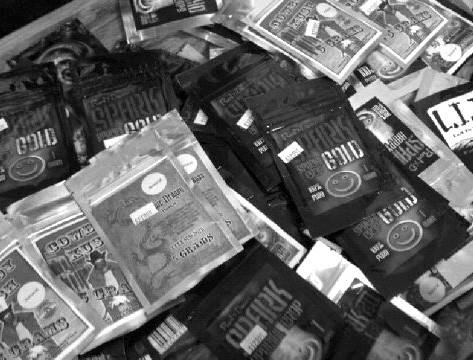 Gov. Robert Bentley has signed an executive order instructing authorities to start seizing synthetic marijuana from stores throughout Alabama. Synthetic marijuana comes in many forms but is most commonly packaged as “Spice” and “K2” and marketed as harmless herbal incense and not as the dangerous drug it has proven to be.

Blount County District Attorney Pamela Casey joined district attorneys from throughout the state at a press conference in Montgomery last week when Bentley signed the order.

State Health Officer Donald Williamson moved last week to make the products illegal by classifying their chemical compounds as controlled substances. This classification means that it will be illegal to consume, sell, purchase, or possess these products.

That classification will go into effect on Monday, Oct. 24, allowing time for merchants to remove these products from their shelves or face criminal charges. Casey said that a letter has been sent to all merchants in the county, informing them of the order.

These products, sometimes referred to as “fake pot,” sell for $20 to $40 per package in convenience stores and tobacco shops. Packages are usually marked “not for human consumption.”