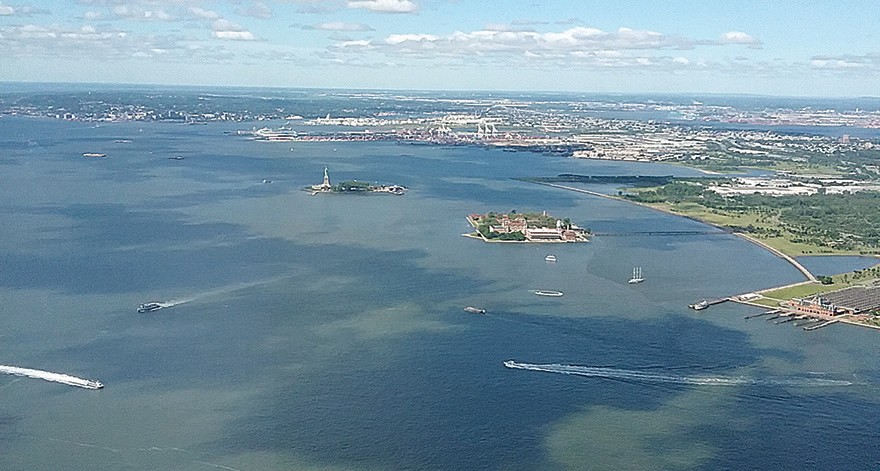 New York Harbor, seen from One World Observatory atop the reincarnated One World Trade Center. The Statue of Liberty, symbol of hope for the world, and Ellis Island, main U.S. port of entry for untold thousands of immigrants over the decades, are visible separated by only .6 mile of open water. “The Observatory offers a spectacular 360-degree view of Manhattan Island and its surroundings,” said photographer Chris Green of his recent visit to the site, following a singing gig at Carnegie Hall. “To see the Statue of Liberty and Ellis Island – and New York City itself – from the Observatory is simply breathtaking.”