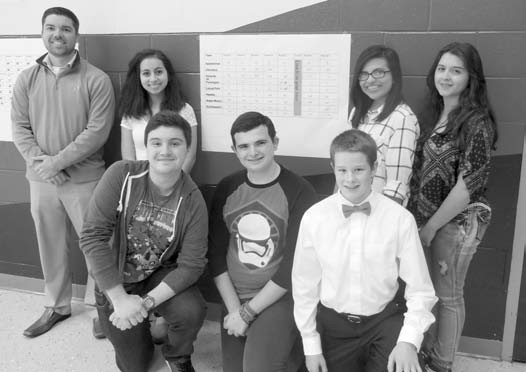 In each, the squad faced undefeated, to that point, Oneonta to claim the victory. In the April 4 radio matches, Oneonta led at the end of each of the first three segments in their battle, only to fall in the last current events portion. In the county match, Susan Moore claimed victory on the last question of that portion. Hayden scholars went on to defeat Oneonta in the seventh match of the April 22 county tournament.

All eight local high schools competed in both competitions. At the county tournament, four of the squads finished above .500. Besides Susan Moore at 7-0, Cleveland, Hayden, and Oneonta all had 5-2 records.