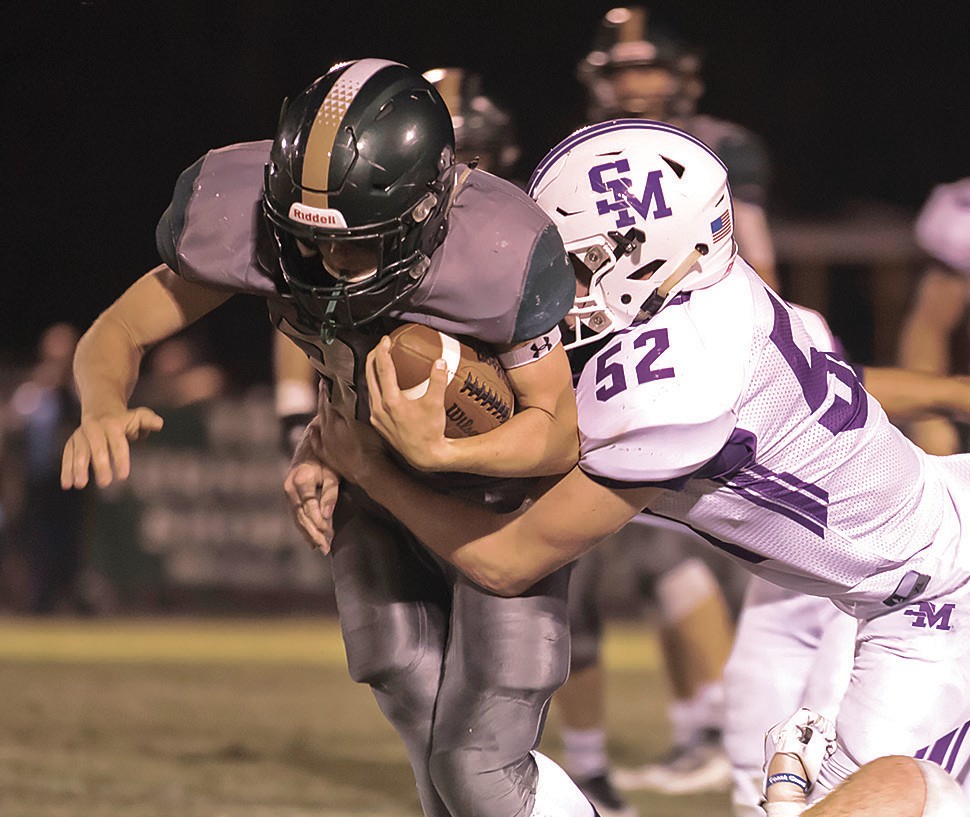 The Bulldogs broke the ice with a 1-yard touchdown rush by Anthony Cervantes. Later, the Bulldogs scored again on an 88-yard pass from Camden Lackey to Tanner Sisson, putting the Bulldogs up 14-0 at the half.

The Bulldogs scored first in the second half when Lackey connected with Ramon Maldonado for a 25-yard touchdown pass, extending the Bulldog’s lead to 21-0. Susan Moore’s defense held the Rams scoreless until the final second of the third quarter, when the Rams finally got on the board with a 13-yard rushing touchdown.

Both teams had a scoreless fourth quarter, making the final score 21-7.

Defensively, the Bulldogs held Sylvania to only 160 total yards. Angel Maldonado had two tackles as well as an interception. Anthony Cervantes had three tackles and a fumble recovery, Trevor Black had five tackles and a sack, Jose Calderon contributed nine tackles, and Adrian Reyna was responsible for seven tackles.

Susan Moore improves to 3-0 on the season, and will host Plainview Friday at 7 p.m.