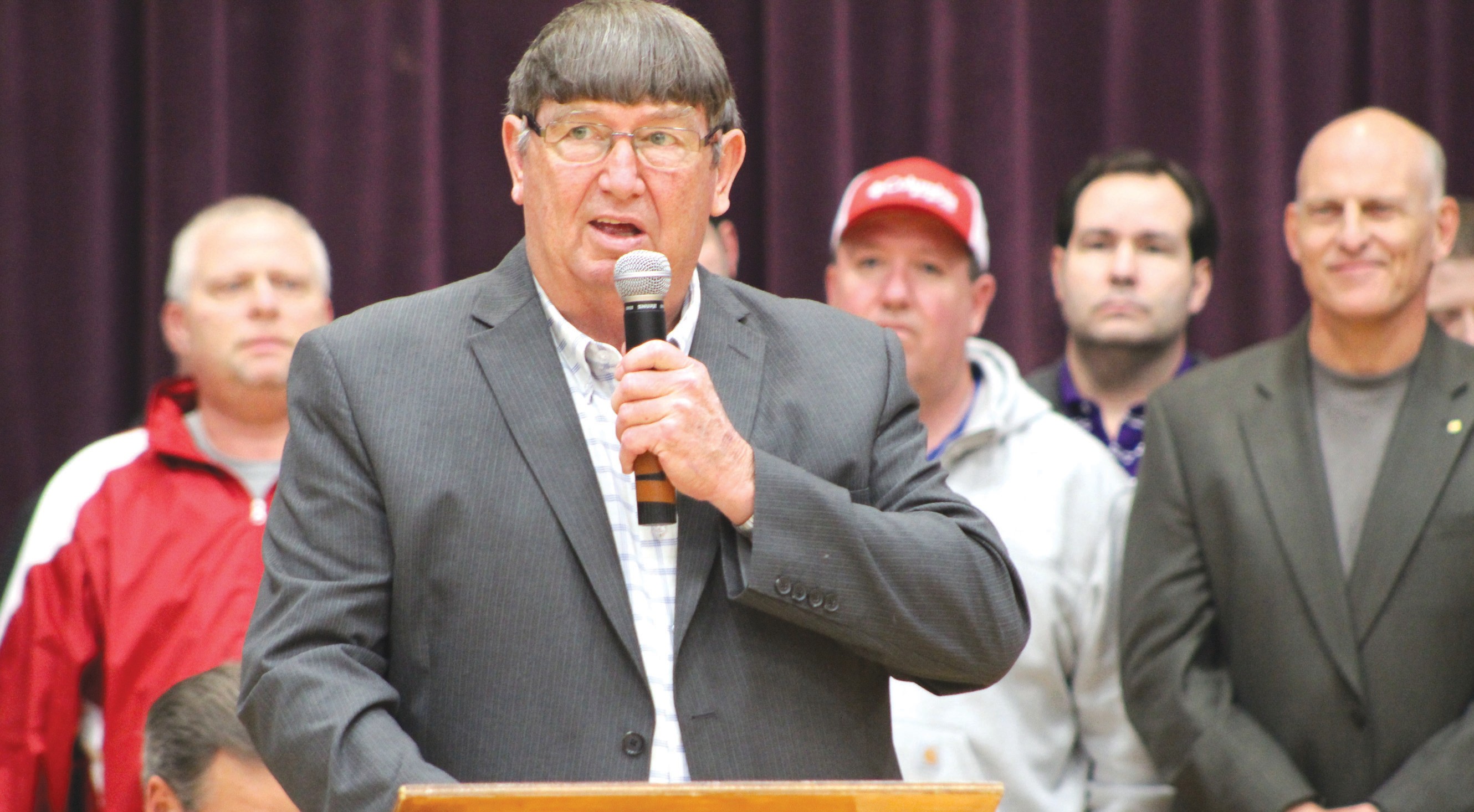 On Friday, the stands were full for a dedication ceremony renaming Susan Moore’s gymnasium the Bruce McAfee Gymnasium in honor of one of the school’s most prominent teachers and coaches.

He is now serving in his 13th year on the Blount County Board of Education.

McAfee was surrounded by former players, coaches, and teachers as he spoke during the ceremony. During his speech, McAfee remarked the name change was a reflection of his players and their hard work.