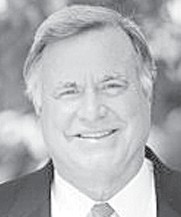 Among the plethora of races on the ballot this year are the important seats on the Alabama Supreme Court. We have an unprecedented five out of nine seats up for election.

Our Alabama Supreme Court as well as our Courts of Criminal Appeals are extremely conservative, pro-business and all Republican.

This conservatism dates back to the 1980s and 1990s. During that two-decade run, the plaintiff lawyers controlled and dominated our State Supreme Court. We were known throughout the country as a plaintiff’s paradise. It was like a fairytale jackpot justice system. It was not uncommon for ludicrous multimillion dollar verdicts to be upheld daily for all types of cases. We were called “tort hell” by “Time Magazine.”

Tort reform became the dominant issue in the halls of the Legislature.

When you have unbridled monetary verdicts coming out of Alabama that give plaintiffs millions of dollars for having a wreck in a General Motors vehicle, it affects the entire country. General Motors does business in all 50 states.

Well, the business community throughout the country and in Alabama decided enough was enough. They decided to close down tort hell. They put their money where their mouths were and replaced an all Democrat plaintiff trial lawyer Supreme Court with an all Republican pro-business court. The pendulum has swung completely from left to right. If yesterday’s court was extremely liberal, today’s Alabama Supreme Court is extremely conservative.

These five open seats will be held by conservative Republicans when the dust settles at the end of the year and they begin their six-year terms. It is just a matter of which Republican presides and decides the major cases that affect Alabamians.

Will Sellers, a very well respected Montgomery attorney, was appointed by Governor Kay Ivey last year to Place 3 on the high court. Justice Sellers is running without opposition and will have a full six-year term.

Popular justice, Tommy Bryan, also has no opposition and will return for another six-years on the high tribunal.

Justice Jim Main, who has had a distinguished career, cannot run for re-election due to an antiquated law that disallows judges to run for re-election after they turn 70. Main’s Place 2 is being sought by Jefferson County’s John Bahakel and Jay Mitchell.

Circuit Judge Debra Jones of Calhoun County has been a judge for a decade and has run a get acquainted race for the court. She will be formidable.

This place was held by Justice Glen Murdock who is originally from the Wiregrass. Murdock retired a few months ago and Governor Kay Ivey did a good day’s work when she appointed another Wiregrass native, Brad Mendheim to replace him. Mendheim has served a decade as a circuit judge in Dothan. He is very well respected in his hometown. He is seeking a full term. Sarah Stewart of Mobile is also in the race and should benefit from being from the vote rich Mobile/Baldwin area.

The battle royale will be for chief justice. The chief justice presides over the nine member Supreme Court and oversees the entire court system. Justice Lyn Stuart currently presides as chief justice. She is running for a full six-year reign.

When the business community orchestrated the takeover of the court, they brought in the vaunted Karl Rove to mastermind the plan. When he departed victoriously, he left with this admonition, “The best candidate that you can put forward is a female Republican who has some experience as a circuit judge.”

Alabamians prefer females on the bench. If you have a race for judge in Alabama and you have two names on the ballot, one Sue Smith and one Sam Smith and neither spends any money on campaigns and neither is known, Sue Smith will win.

Lyn Stuart epitomizes this scenario perfectly. She became a respected circuit judge in Baldwin County at a very young age. She was elected to the Supreme Court over a decade ago and is the longest serving member of the court.

She will be pitted against another sitting member of the court, Justice Tom Parker. He has excellent polling numbers. He was Roy Moore’s closest ally on the court. Stuart is the sweetheart of the Business Council. Parker is the darling of the social conservatives.

The race for chief justice will be one of the premier contests this year.