Super PACs bring in the money 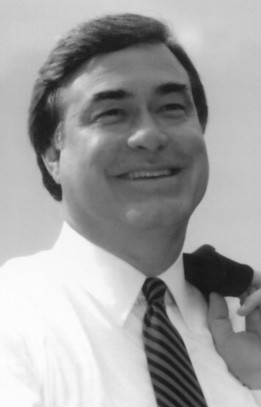 As our primary selection day approaches, it appears that we are seeing significant campaign attention from the presidential candidates. The move by the Legislature to make us an early primary state was a good one.

As is generally the case, we are seeing negative ads. That is not unusual in politics. The reason that they are employed is because they work. Otherwise, the media consultants would not use them. Therefore, this is not a different approach. However, the unique factor in this year’s presidential contest is who is paying for the ads.

The disparaging attacks are being paid for by Super PACs and not directly by the candidates’campaigns. These shadow campaign organizations have been created by a federal campaign loophole. They allow a candidate to organize a PAC with an innocuous name that allows them to circumvent the federal campaign contribution threshold and spend unlimited amounts of money. These Super PACs are created to allow wealthy individual contributors to write very big checks. Thus, in essence, it allows the super-rich to control the Super PACs and have a super-size say on who sits in the oval office.

These Super PACs created for deep pocketed supporters are supposed to operate separately from campaigns but in this presidential contest the lines have become very blurred. The rules on what amounts to coordination have been so narrowly defined that Super PACs and candidates’ campaigns appear to be one in the same.

Federal Election Commission records reveal a good amount of correlation. Super PACs are paying staffers before they shift to campaign payrolls and individuals and groups are writing checks to the same vendors. Super PACs and other outside organizations have sponsored 9 of every 10 political ads aired this year.

Last year’s surprise announcement by GOP House Speaker John Boehner to resign gave rise to the selection of a new speaker. Paul Ryan, the 45-year-old Wisconsin congressman, who was a former vice presidential candidate, appears to be a good choice. Ryan comes across as sincere and well-intentioned, direct and confident but not cocky or abrasive. He strikes you as someone who is doing the job for the right reasons. He obviously is living within his means on his congressional salary. He sleeps in his office rather than opting for an apartment or swanky Georgetown residence.

For years it was thought that being a governor was not only the best training ground for president but also the best stepping stone.That has not been the case this year. In a record-sized Republican field, the first two horses to fade and fail were Wisconsin Governor Scott Walker and Texas Governor Rick Perry.

It has instead been a year for outsiders. The GOP field has been led by completely inexperienced political novices. Celebrity billionaire Donald Trump, retired neurosurgeon Ben Carson, and former CEO Carly Fiorina have stolen the show. These three political newcomers have never won an election or even run for public office.

It appears that Donald Trump is poised to carry Alabama next week. He leads overwhelmingly in the polls and has garnered a good cadre of political face cards who have rallied to the frontrunner. Perry Hooper, Jr., a well-known establishment Republican figure, heads his campaign. Hooper is joined by State Reps. Jim Carnes, Tim Wadsworth, Ed Henry and Barry Moore.

It will be interesting to see the outcome. Many national political experts predict that Trump may falter prior to the GOP nomination convention.They believe that at the end of the day the 2016 Republican nominee will be someone who actually has held office. Conventional prognosticators predict that Florida Sen. Marco Rubio or Texas Sen. Ted Cruz will ultimately be the nominee. We will see.