Summing up the election year, so far 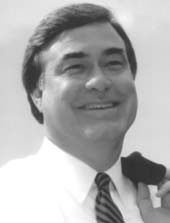 The GOP race began with a large field – there were 17 candidates as the race began, all with exceptional credentials. The one with the least experience and smallest political resume is the one left standing. Donald J. Trump has been the story of the year.

As we head into the last three months leading up to the nominating convention, conventional wisdom has Donald Trump being the Republican nominee and Hillary Clinton being the Democratic nominee. If that indeed is the case, you will have two brash New Yorkers pitted against each other with the probability of an absolutely titanic and colorful duel headed into the fall campaign. It will be a fun show to watch and should not be lacking in controversy, acrimony and entertainment.

In the past several presidential election cycles, we in the South have been different than the rest of the country, particularly on the GOP ledger, as we have sided with the evangelical candidate in the race. Not so this year. We here in Alabama, as well as all of our sister Southern states, chose Trump in a resounding fashion.

Trump, a less than humble, very worldly, casino owner and developer, won every Alabama county, garnering 44 percent of the vote and collecting 36 of Alabama’s 50 delegates to the GOP convention. Texas Sen. Ted Cruz, the avowed evangelical candidate, was a distant second with 21 percent of the vote and will be allotted 13 delegates. Marco Rubio was third with 17 percent. Ben Carson got 10 percent and Gov. Bentley’s choice, Ohio Gov. John Kasich, received 4 percent.

Trump’s campaign brought out a record turnout on primary election day, as well as a record-breaking crowd in Madison/Huntsville the Sunday before the primaries. There were an estimated 25,000 people in attendance in Madison County, where our popular junior U.S. Sen. Jeff Sessions endorsed Trump. He had over 30,000 fans show up in Mobile when he first began his campaign last year. There have not been crowds that large in Alabama politics since the Wallace era.

There were 60 percent more people voting in our Republican primary than in 2008 and 40 percent more than 2012. These 865,000 Republican votes cast in our GOP primary – a record turnout – were primarily due to the fervor of the Trump campaign.

Our senior U.S. Sen. Richard Shelby won the Republican nomination to an unprecedented sixth six-year term with a very impressive victory. Shelby received 65 percent of the vote against four opponents. All four were political novices. However, getting 65 percent with four challengers is very strong.

Four incumbent Republican Congressmen (and one woman), who were challenged in the primary, won overwhelmingly. U.S. Reps. Robert Aderholt in the 4th, Mike Rogers in the 3rd, Martha Roby in the 2nd, and Bradley Byrne in the 1st districts, won big. Martha Roby and Bradley Byrne were challenged by extreme right-wing candidates but prevailed impressively.

Public Service Commission president Twinkle Cavanaugh defeated challenger Terry Dunn by a margin of 63 to 37. She will continue at the helm of the three-member utility regulating panel.

Shelby County approved Sunday liquor sales by at 4 to 1 margin and two of the last dry counties in the state, Clay and Chilton, went wet. These two referendums portend how overwhelmingly Alabamians would vote in favor of the lottery/casino deal if allowed to vote on this issue.