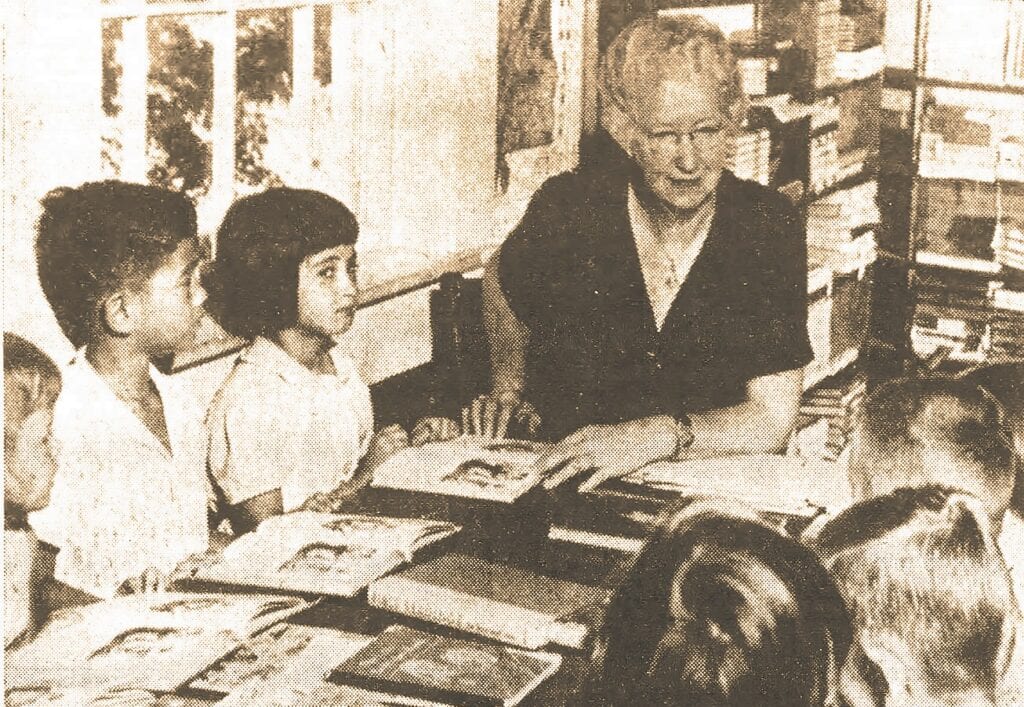 Sometimes a teacher not only influences students for life, but also the community and a county. Such is the late Sudie Cowden Hicks of Remlap. A proud descendant of Blount County’s pioneer Cowden family, she never forgot her heritage or her commitment to make Blount County a better place.

Born in 1895, this venerable woman had a deep respect for education by finishing high school in three years and graduating from college in 1919. Short on money, she swept floors and tutored to meet the financial needs of college.

As a young, outstanding educator in Virginia, her teaching practices merited an article in the nationwide NEA Journal. During her time at the school in Virginia, she initiated hot school lunches.

Deciding more education was needed, she earned an M.A. degree from New York University in 1929. When the Great Depression hit, her path led her back to Blount County where she and husband Fred Hicks would settle for the remainder of their long marriage.

Returning to Blount County did not slow Hicks down. She became teacher/principal for 16 years at the two-teacher school in Remlap. Again, the innovator, she added a library and modern teaching aids to boost student achievement.

She was determined to bring opportunities not typically available to rural students. Professional people such as a New York artist, a doctor, and a congressman, among others, exposed the students to professions perhaps considered within future reach. Hicks believed in hands-on activities such as bringing a baby calf for her first, second, and third graders to observe.

She taught sixth graders only one period of the day, but what an impact she made on these upper classmen. Former student Doris Dailey Tidwell remembers having to memorize the 13th chapter of 1 Corinthians (the love chapter). In addition, Hicks was a stickler for etiquette. Her diligent table manner instructions paid dividends when sixth graders made the annual dinner pilgrimage to the prestigious Downtown Club in Birmingham.

After retirement, she maintained a busy schedule. One of her best-known projects was a weekly county radio program called “Miss M,” an educational endeavor for children. This was the springboard for the “Better Speech Contest” for county children that would even spiral to encompass the entire state sponsored by the state Delta Kappa Gamma organization of which Hicks was a state officer.

In a past newspaper interview by Suzy Lowry Geno McCray, Hicks’ imprint upon the county became known. Her numerous civic and community commitments included the county Board of Pensions and Securities, the county Red Cross, the county United Givers Fund, the Oneonta Business and Professional Women’s Club, and charter member of the county teacher organization, Delta Kappa Gamma.

Not limiting her interests to Blount County, she was a loyal member of the Alabama Political Caucus. Always an advocate for women’s rights, Hicks cheered Geraldine Ferraro’s candidacy for the Democratic party nomination as vice president in 1984.

Hudson knew Hicks in several different roles: as a high school student cleaning Hicks’ home, as a fellow church member at Remlap Methodist, and as a fellow member of Delta Kappa Gamma. In Hudson’s words, Hicks was “dedicated to whatever civic projects she undertook… active as a Sunday School teacher for 25 years and in Methodist sub-district activities… and a stickler for protocol and always wanting the best for her church, community, county, and state.”

Hicks’ accomplishments received statewide recognition when she was honored by the state extension service as an outstanding local resource and development leader. This accolade followed one earlier when she was the 1961 runner-up in the Birmingham Post-Herald Favorite Teacher search.

Hicks died in 1985, but more than 35 years later, her legacy still remains, especially for those blessed to have her as a teacher.