The high school basketball season has reached the sub-region round with the winners this week advancing to next week’s region tournaments at Wallace State Community College in Hanceville or Jacksonville State University.

After area tournaments, only three Blount County teams won titles and the right to host this week’s sub-region game. Four teams made it to the finals of the area tournament before losing in the championship game.

Appalachian knocked off Jefferson Christian 42-28 in the 1A Area 9 championship game Saturday afternoon. The Lady Eagles will host Cedar Bluff tomorrow night at 7 o’clock in a rematch from last year’s sub-region – a game Cedar Bluff won, 59-30. 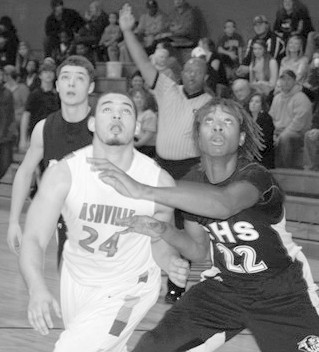 Hayden and Walker split a pair of regular season games in Class 5A, Area 14. In the tournament finals Saturday, the Lady Wildcats took care of the Lady Vikings, 55-44. Hayden will host Pleasant Grove in tomorrow night’s sub-region game.

Oneonta had dominated 4A Area 13 in the regular season. However, in the area tournament championship game, the Lady Redskins found themselves in a slugfest with the upset-minded Lady Hornets of Locust Fork. Despite trailing by three with two minutes to play, the top-ranked Lady Redskins rallied to win, 45-43. Oneonta will host Ardmore tomorrow night while Locust Fork will travel to Huntsville to meet J.O. Johnson – a rematch of last year’s sub-region which went down to the wire with Johnson coming from behind to win, 52- 48. Boys

On the boys side, four teams from the county advanced to area title games but all four lost in the championship game and will be on the road for Friday night’s sub-region.

Cleveland had split with Ashville in the regular season and the Bulldogs won the coin toss to host the 3A Area 9 Tournament. The home court advantage proved to be too tough for the Panthers to overcome as the Bulldogs bolted out to an 11-0 lead and kept the Panthers at arm’s length throughout the night in a 51-41 victory. Cleveland will travel to Saks for Friday night’s sub-region game.

Holly Pond has been one of the best teams in Class 3A this year and definitely the class of Area 12. The Broncos proved it again Monday night with an 80-53 victory over the J.B. Pennington Tigers. Pennington will travel to Geraldine Friday night for the sub-region.

Locust Fork almost pulled off the upset in the 4A Area 13 Tournament at St. Clair County. The Hornets trailed the host Saints big early but fought back to take the lead in the fourth quarter. The Saints hit a big 3 late to take the lead and then held off the Hornets for a 50-47 victory. Locust Fork will travel to J.O. Johnson Friday for the sub-region.

Hayden made it to the 5A Area 14 final and played host Walker close early (tied 19-19 after one quarter). However, the high-scoring Vikings heated up and ran away for a 91-60 victory. Hayden will travel to Wenonah Friday night for the sub-region.