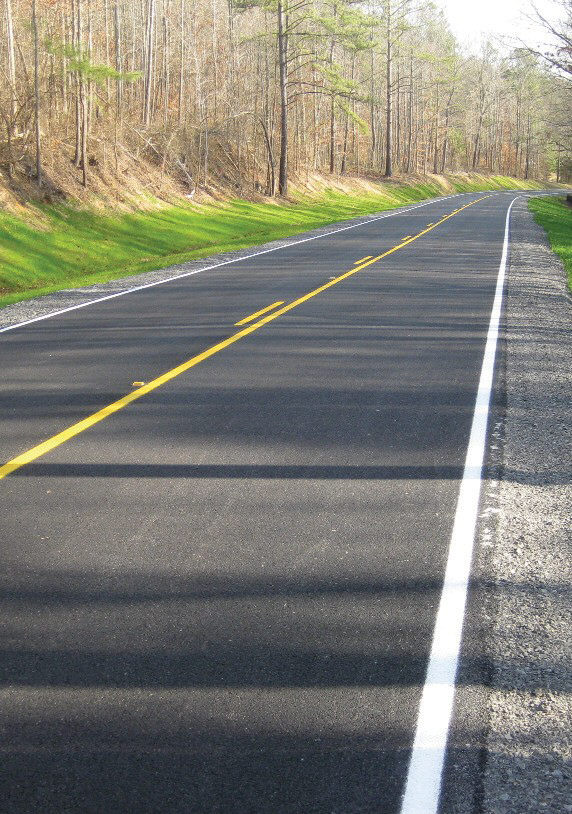 The new $2.2 million resurfacing job on county road 25 removed just over four miles from the county’s 11.57-mile inventory of poor and very poor roads. The road runs from U.S. 231 at Summit to the Marshall County line.

Preliminary results of an evaluation of county roads were presented Thursday to the Blount County Commission work session by Steve Ostaseski, principal planner representing the Regional Planning Commission of Greater Birmingham. The findings are based on a study conducted last year. It forms the database for an on-going “pavement management system” for county roads.

The study evaluated 54 county road segments, including some 220 miles of farm-to-market roads. It breaks them down into segments of half-a-mile to several miles in length. Each segment is rated for overall surface condition, traffic volume, lane width, and truck traffic, and includes a lower and upper cost estimate to bring the segment up to standard. The visual ratings used were excellent, very good, good, fair, poor, and very poor.

Ostaseski said final results of the study await detailed analysis and prioritization by county commissioners and should be complete in the next two to three months.

Below is a summary of preliminary findings

61 perecent of Blount County roads evaluated had average daily traffic volumes below 1000 last year. 39 percent had volumes of 1000 and greater.

About two thirds of Blount County roads evaluated had truck traffic volumes at 10 percent or less.

44 percent of Blount County roads evaluated were projected to have average daily traffic volumes below 1000 in 2030; 56 percent will have volumes of 1000 or greater.

• Cost to repair the five county roads in worst condition, without respect to traffic volume: 12.9 miles at a cost of $8.6 million.

• Cost to bring up to standard the top five roads needing work, based on both traffic volume and surface condition: 27.9 miles at a cost of $26 million.

The planning commission-sponsored study cost $50,000 and was paid for by a grant plus 50 percent county matching funds. It will be used to prioritize, schedule, and carry out county road improvements in the years ahead, according to its announced rationale.