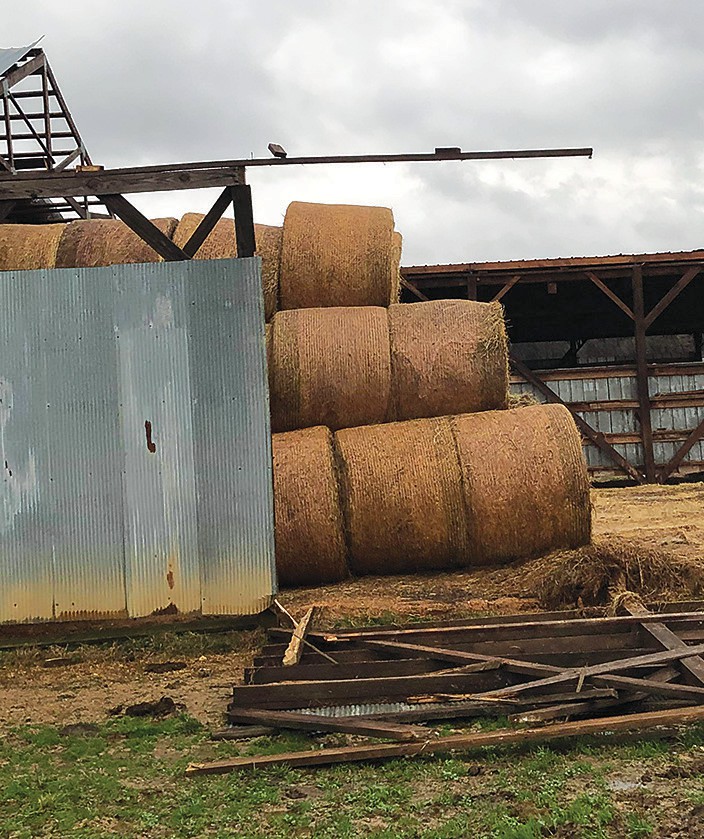 As predicted by the National Weather Service for more than a week prior, high winds and torrential rain swept across Blount County on Saturday, Jan. 11. Thankfully, no injuries have been reported, but the system did leave widespread damage throughout the county.

Blount County Emergency Management Agency director Don Roybal confirmed there were numerous reports of trees and power lines down countywide. According to Roybal, two homes in the Blountsville area have minor roof damage and one home on Berry Mountain had significant roof damage.

Sunday evening Alabama Power linemen continued in their efforts to fully restore power to businesses and residents across the county. Roybal reported that as of Monday morning, Jan. 13, the majority of power had been restored.

One of Jerry Bullard’s barns, located on Ala 79 between Blountsville and Brooksville, was almost totally destroyed by high winds. Several of Bullard’s cows were injured from flying metal and other debris; however, there is no known loss of cattle at this point.

Bullard, along with friends and family, continues cleanup efforts as they remove trusses and other metal scattered by the wind. They are also trying to relocate hay being stored in that barn to a drier place as more rain is predicted for this week.

Recent rains have made it difficult with the cleanup efforts, as the area is very muddy. Bullard’s wife Jo Ann said they would try and rebuild once the area is dry and free from mud. Right now, they are just trying to focus on cleanup and moving the barn’s contents.