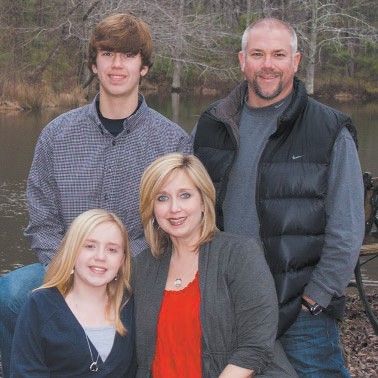 In the past, The Blount Countian has featured ladies battling breast cancer in a special section dedicated to Breast Cancer Awareness. This year, we are catching up with those same ladies.

Lori Elrod, a survivor featured in The Blount Countian’s special section two years ago, is continuing to use her story to empower others in a huge way.

Elrod (pictured at right with son A.J., husband David, and daughter Kenley) is now a nurse at the Breast Care Center at Princeton Baptist Medical Center in Birmingham.

“I get to educate and care for women going through the same thing I did,” she said.“God can take our struggles and use it for our good and His glory, and I definitely believe He’s using cancer for me to give Him the glory.” 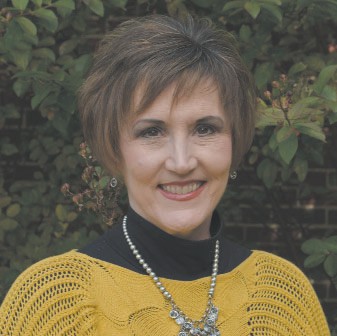 Ironically, the vacant spot Elrod took was left after the same nurse who helped her through her treatments retired.

“We had become really great friends and continued to keep in touch after I recovered,” Elrod said.“When she retired, she called me personally and asked me to apply for the job.”

Elrod continues to visit her oncologist every six months, but she’s enjoying life every day, even the day she turned 40 years old.

“Some people dreaded turning 40, but I’m just thankful, and I’ll be thankful for every birthday to come,” she said. 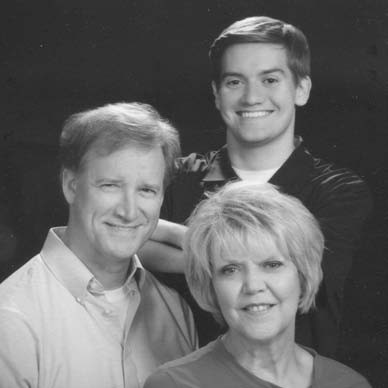 Last year Oneonta resident Cindy Morrison (picutred at right) had written her story detailing her battle with breast cancer in an issue of Birmingham Magazine and was celebrating two years of being cancer free.

This year, Morrison is still celebrating.

“For the next few years, I have to go to the doctor every six months to keep a check on things, but everything still looks great,” she said.“My immune system is still recovering, but that’s normal after so much chemo and radiation. I’m praising God that I’m still here.”

Now, Morrison is using her struggle with cancer to help others. Recently, her best friend since high school was diagnosed with brain tumors. 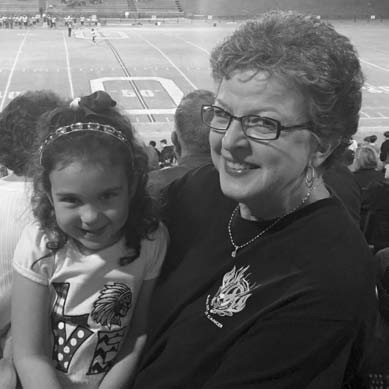 “I get to be her cheerleader,” Morrison said. “She was there when I was down, and now I get to be there for her. I know what a whirlwind it is, and I’ve realized the storm I went through has prepared me for providing support for her.”

Two years ago, Kay Porier had a lot to do, and breast cancer wasn’t going to slow her down. She was a mom to a senior football player at Oneonta. She had homecoming, football games, graduation, and college to help her son to prepare for. Looking back, with her treatments finished, Porier (pictured below with husband Scott and son Stephen) says she can’t believe she made it through. 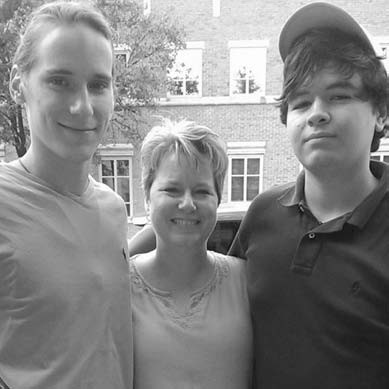 “During the time when everything was happening, people kept asking me how I was still going, but for me it was because it was my job,” she said.“Now, I can’t believe I did it either. I didn’t slow down because I didn’t have the time to, so I never knew just how exhausted I truly was.”

But a lesson has come from her breast cancer battle: every struggle strengthens.

“What you’ve gone through prepares you for the next part of your life,” she said.“It helps you keep your challenges in perspective and gives you the opportunity to relate to those who are struggling. It’s amazing to come out on the other side of a thing like cancer.”

Phyllis Ratliff (pictured below with friend and supporter Ali Such) was also featured in last year’s Breast Cancer Awareness special section. During that time she was undergoing treatments, but she had her last one in December. She continues to go to the doctor every three months, and her hair is already back with a vengeance.

“I tell people my daddy, LyVoye Galbreath, sent my hair from Heaven,” Ratliff said.“I used to have blonde hair but now it’s gray, black, and curly just like his was.”

Ratliff says cancer changed her outlook on life in one big way – she has realized her priorities.

“Things don’t bother me as much as they used to,” she said.“Cancer is one of those things that it doesn’t care if you are white, black, brown, poor, rich, or famous, it can get you, but when you go through it, it makes you thankful. I’m so thankful for God, my husband, my family, and my friends because without them, I wouldn’t have made it through.”

So, how is Tammy Vargas since she was featured in The Blount Countian’s Breast Cancer Awareness special section two years ago?

At the time, Vargas (pictured with sons Dillon and Lonnie) had just undergone reconstructive surgery, and she remains cancer free now.

“I’m almost back to normal,” she said.“I still get ‘chemo fog’ where I can’t remember as well as I used to, but I’m so thankful for the journey. It gave me a new perspective on life. I used to stress over the smallest issues, but now I look at it in the grand scheme of things, and little issues don’t seem that bad any more.”

Vargas has also learned to take one day at a time.

“I’m grateful each time I wake up,” she said.“I don’t expect tomorrow, so I cherish each day and don’t worry about what lies ahead.”

Vargas continues to go to the oncologist twice a year and is still prescribed maintenance medications.