Educator for all seasons 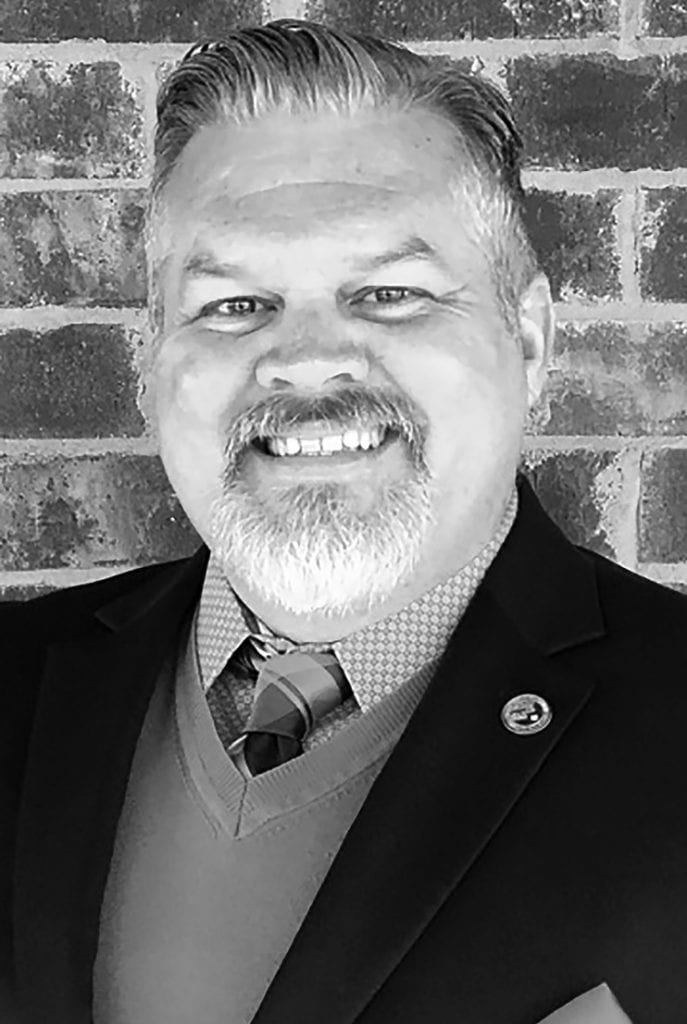 He served the county school system for 24 years: 10 years at Cleveland High School from 1996 to 2006 and 14 years, from 2006 to the present, in the Blount County School Central Office. At Cleveland, he was an English and Spanish teacher and established and sponsored the Cleveland High School Drama Club in the process.

Along the way, he earned an astonishing array of professional distinctions, honors, and awards. A number of them are listed here, mainly to acquaint people who may not have been aware of the superb qualifications he brought to the responsibilities he discharged during his years of service to the school system, his students, and the citizens of Blount County.

He was one of the first teachers in the county system to win National Board for Professional Teaching Standards Certification – in his case, certified in adolescent and young adult English language arts. He holds an educational specialist degree and a Ph.D. in secondary curriculum and instruction/ teaching and learning, both from The University of Alabama.

He was the 1998-99 Blount County Teacher of the Year, the 2006-07 Alabama Secondary Teacher of the Year, and a 2005 National Milken Award winner. (The prestigious Milken Educator Awards are the Nobel Prize of the nation’s educators.) He is a Jacksonville State University Teacher Hall of Fame inductee. What’s it been like

“One of the main things I want to make sure people know about my time here is how much I have enjoyed working with the students, parents, families, community, and staff in Blount County,” Beavers said. “Working with our central office family and school administrators has been a special blessing over the years. My years at Cleveland were some of the most enjoyable work years in my life because of my colleagues and the wonderful students that came through our doors during that time.”

In Superintendent Rodney Green’s acknowledgement to the Board of Education of Beavers’ retirement, he summarized Beavers’ outstanding recent accomplishments, including a leading role in the district’s recent branding program, its even more recent and resoundingly successful re-accreditation review, as well as being a strong student advocate over the years, and other accomplishments summarized above.

Asked to elaborate on what being a student advocate entailed, Beavers said:

“All of us in the school system are here for the kids. It should be the uppermost thing we have in mind when we’re making decisions affecting school, and it generally is. But sometimes when we deliberate over a problem we may debate over what’s good for adults. We have to be careful that we always ask if that’s what’s best for kids. We have to keep that as the main focus.

“Sometimes, we’re dealing with something we’re required to do, that’s maybe not in the best interests of the kids, but we have no choice. We’re required to do it. Even then, we should ask ourselves, ‘How can we carry this out in a way that’s the best we can do for the kids?’”

What, in Beavers’ mind was his single greatest accomplishment? Beavers had to stop and think a minute about that question. Then he answered that the most important thing he made a contribution to was not an individual accomplishment, but a team accomplishment over a period of time. It had to do with introducing, emphasizing, and consciously cultivating the concept of teamwork itself into the school management culture as a distinct problem-solving methodology whenever matters requiring a solution and decision among the central office leadership and the school leadership group arise. (If you attend just a few school board meetings, it’s evident that approach is in use.) What’s next?

“I love Blount County. I love the people I’ve worked with. I love the classroom. I love helping kids learn.” From that springboard, Beavers said he is taking a job as assistant director of the Alabama Best Practices Center, an organization that focuses on how to help teachers and administrators develop the competence, commitment, and courage to pursue the best ways to improve student learning. To do so, the organization employs a dozen-odd standing collaborative networks serving 87 of the 137 school districts around the state.

“Making the decision to move on to another opportunity has been extremely difficult…but I feel this new position with the Best Practices Center provides me with an opportunity to work with educators across the entire state and to continue growing, learning, and serving the students of Blount County and Alabama.”

• He first awakened to the possibility of teaching as a career when he was recruited to fill in for English class to teach “Frankenstein” – as a high school senior.

• But when he entered the University of Montevallo, he declared premed as his major.

• But… something happened…, and he graduated with a dual major in English and Spanish.

• He began his career teaching English and Spanish at Hoover High School – for two years.

• Immediately afterwards, he broadened his perspective (considerably) by joining the Peace Corps, but continued to teach – in Paraguay.

• While there, he added two new languages to his repertoire – Portuguese and Guarani, the local native language – and expanded his scope into Peace Corps volunteer training.

• After five years in Paraguay, and following a trip back to Blount County to reconnect with home and family before expanding his resume in international education to include Japan or Alaska, he decided to settle down.

• He accepted a job teaching English and Spanish at Cleveland High School from then-principal Ben Hays, met Lisa Butts at church and married her, and launched his 24-year Blount County career. He has a daughter, Mckinley, 15. (Hi, Mckinley.)

Parting message, in his own words

“The job of educators continues to grow increasingly complex, and my parting request is that parents, community organizations, and school staff members continue working together to protect and educate our students to the best of our abilities. Educators need more support from parents and society, and we need to be more open to dialogue about continuing to improve how we serve all students.”

More From Letters Go To The Letters Section