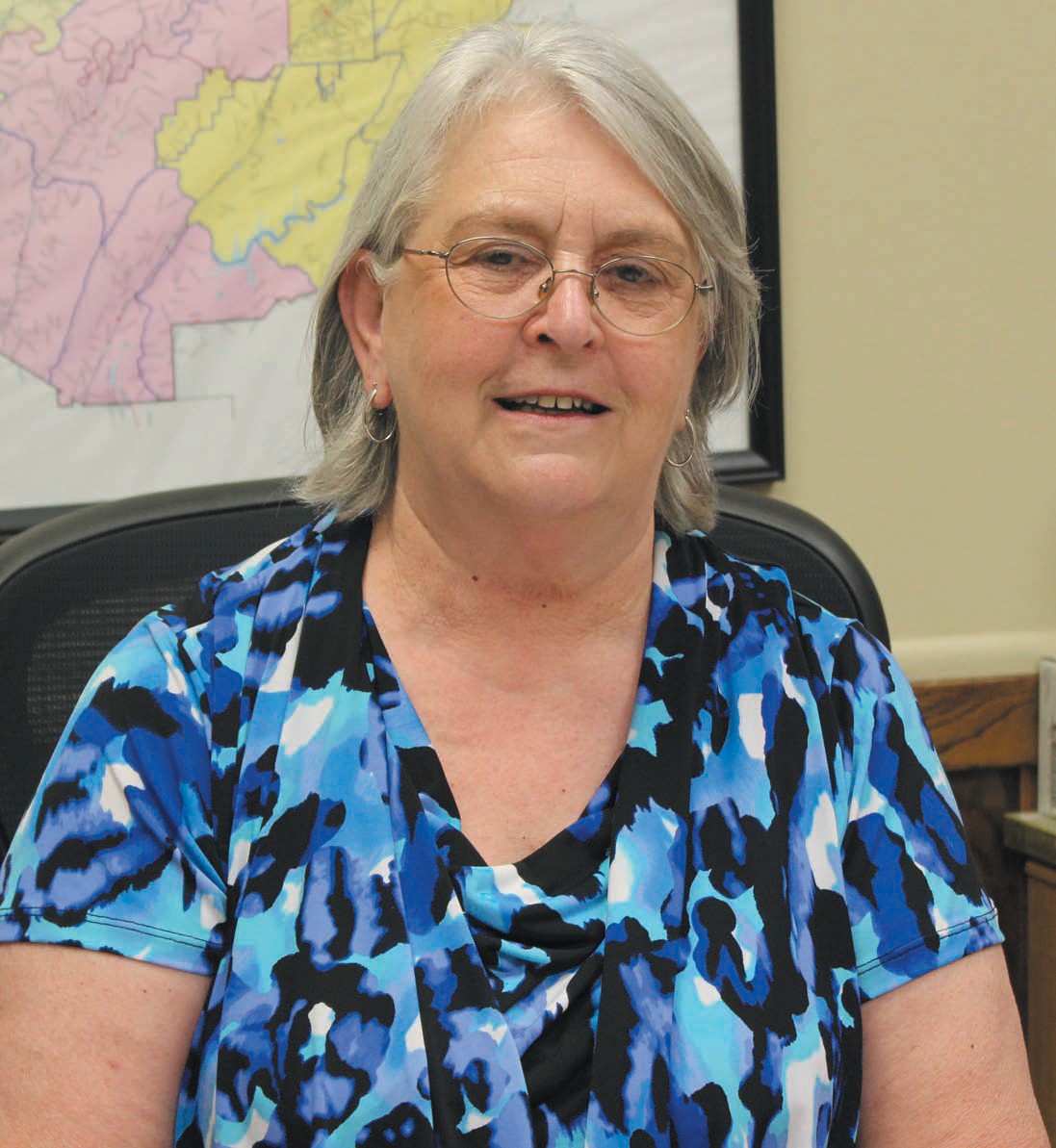 Bonnie Swann Montey is a very special clerk with the Blount County Probate Court. She is a vivacious, lovely lady with an infectious laugh, who was hired in 1970. No, that’s not a misprint. Montey has worked for more than 46 years as clerk and chief clerk for the probate office.

Montey went on to pursue a degree at Jacksonville State University, but after two semesters she was very homesick. She begged her mother to let her come home and get a job. When her mother let her return, she went straight to the Blount County Courthouse to apply. Probate Judge J. P. King decided she was the perfect person for the job and hired her in the spring of 1970.

When she began working, the probate office only had two adding machines, one outside phone, and a phone in the judge’s office. At that time, the probate judge’s office issued marriage licenses, transferred car titles, and gave out new car tags. Montey said the way we get car tags now is a breeze compared to how it used to be. Instead of going by last name, all the people in Blount County had only 45 days from Oct. 1 – Nov. 15 to pick up their tags. There were no stickers back then so everyone got a new car tag every year.

Montey also remembers when the probate office got Polaroid cameras. Up until then, driver’s licenses were pieces of cardboard with no photos. She remembers taking pictures with the cameras and then putting the photos on the cardboard licenses.

Some of her favorite memories are election times. She loved when people didn’t automatically know who won. People sleeping on court benches were just a part of the election because they could never be certain when the precincts would come in. Everything was written on a chalkboard, and the elections were definitely suspenseful. She and her friend, Vicki McCay, would use their adding machines to total as each precinct came in. Montey said they would add precincts a few at a time. One election night, McCay’s adding machine caught on fire, but they still finished counting the precincts.

She has been chief clerk of the probate office since February of 2000. She has given out hunting, fishing, business, and marriage licenses and has performed more than 2000 marriages as Chief Clerk. Montey has seen how much the courthouse has changed in 46 years.

In 2015, Montey was selected for an elite award. She was named one of the Top 50 People over 50 years old in Alabama. She was nominated for her dedication, passion, and drive.

“I feel like I’m helping people,” stated Montey. “I may get a phone call from a son or daughter who is very upset because a parent may have died, and they have to begin the estate process. I have helped with adoptions. I feel like I can mission to others in this job.”

Montey resides in Blount County with her husband, Gary. They have two children: Shane, 42, and Jade, 38. She also has twin grandchildren, one boy and one girl, who are 10 years old.