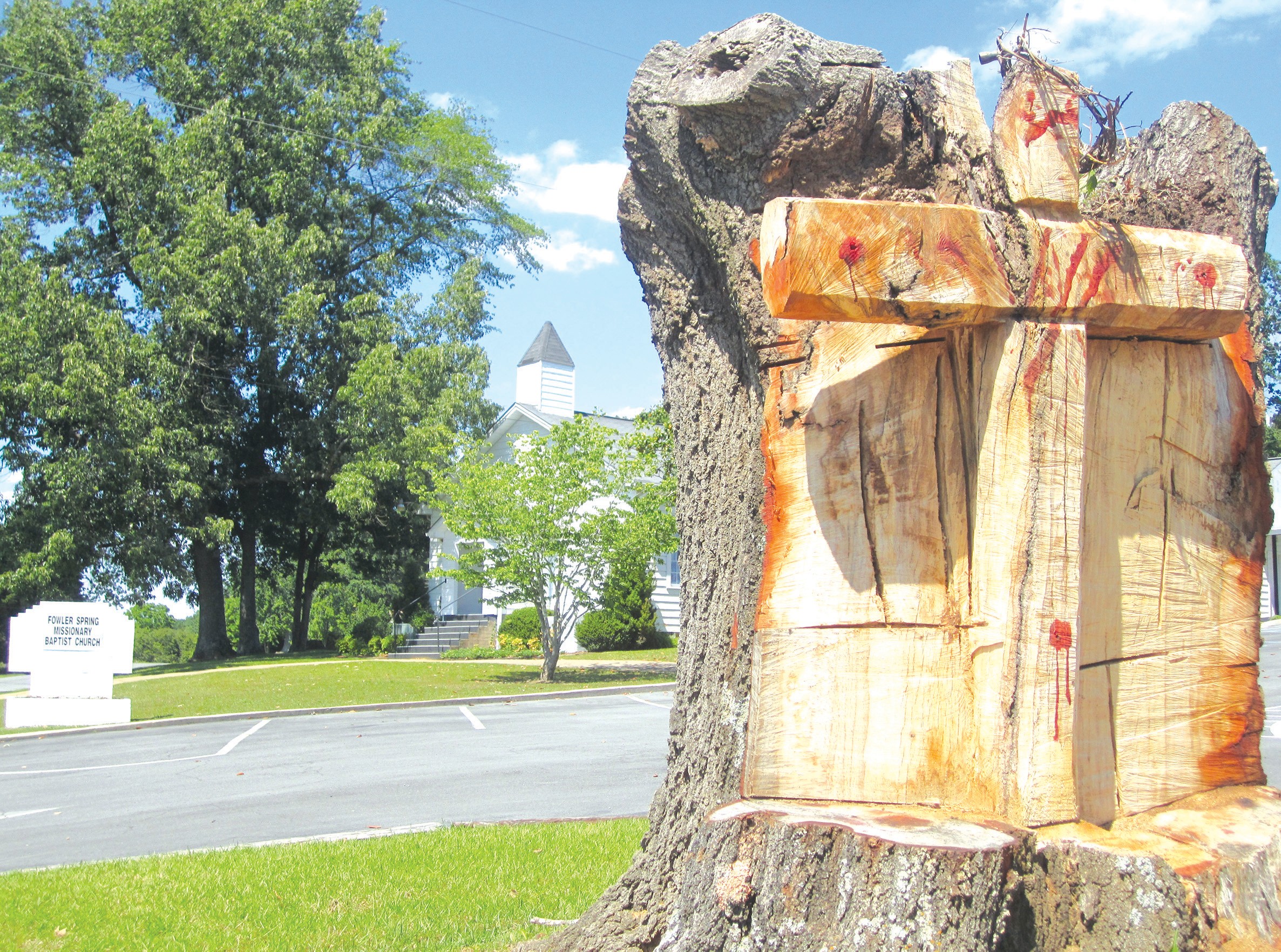 This work of art in progress stands in the parking lot of Fowler Springs Missionary Baptist Church on Fowler Springs Road off U.S. 231 south of Blountsville. It was carved with a chainsaw by Brad Martin who lives on Ala 79 south of Brooksville. The idea rose out of a church workday to clean up limbs of the old oak tree which had been dying for several years. The men of the church didn’t have a saw big enough to tackle the stump, so Stacy Hammond suggested calling the man who does the chain saw art to carve the remaining trunk, according to Rita McHan, who also had a hand in the project. Martin was called in early April to carve a cross, but he said he ‘saw’ more than a cross in the old stump – he saw the Holy Trinity – Father, Son, and Holy Spirit. “But he agreed to carve the cross in time for Easter, which he did. The remainder of the work will be completed when the Spirit moves him, Rita said. – Ron Gholson