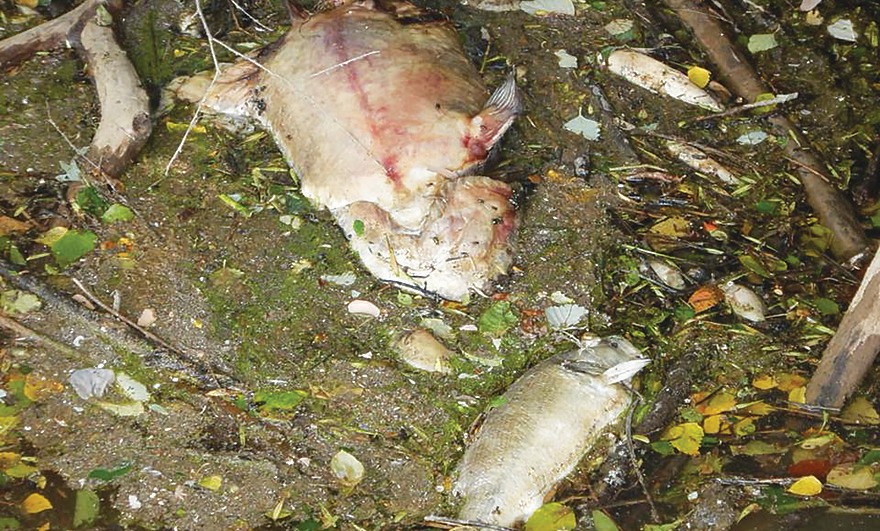 A civil lawsuit has been filed against Tyson Farms, Inc. in connection with two wastewater spills last summer that resulted in the death of “fish and other species” in the Mulberry Fork of the Black Warrior River. The suit, filed by Alabama Attorney General Steve Marshall on behalf of the state, the Alabama Department of Environmental Management, and the Alabama Department of Conservation and Natural Resources, was filed in Walker County’s circuit court on Wed, April 29.

The complaint filed in court states on May 26, 2019, a clean-out pipe failure at the company’s River Valley Ingredients facility in Hanceville resulted in a spill of about 2,800 gallons of wastewater to be released. It goes on to allege that on June 6, another pipe failure between two lagoons allowed the discharge of 220,000 gallons of “partially treated wastewater” to be released. In both cases, the wastewater subsequently flowed into the Mulberry Fork.

In the week following the second spill, ADEM conducted an investigation that found E. coli and dissolved oxygen levels “did not comply with water quality criteria,” and the ADCNR found dead fish, which it “attributed to the low dissolved oxygen.”

The suit seeks penalties and compensation for reclamation, as well as an order for the company to take steps to prevent future spills. Marshall’s office released a statement after the suit was filed, stating in part, the AG’s “mission is to see the state made whole for the damage done to our environment and to see the affected communities adequately compensated for their unique and devastating losses.”

The day after the suit was filed, a Tyson spokesperson issued a statement to the Cullman Tribune that read, “We’ve tried for many months to work with the state to resolve this matter, including an offer to initiate conservation and community projects, including river access in the area of the accidental release. We are disappointed in the decision of the Alabama Attorney General to file suit. We’re focused on the health and safety of our employees and are doing all we can to continue to feed America during these challenging times. We look forward to presenting our side of the story.”

No court date has been set yet.