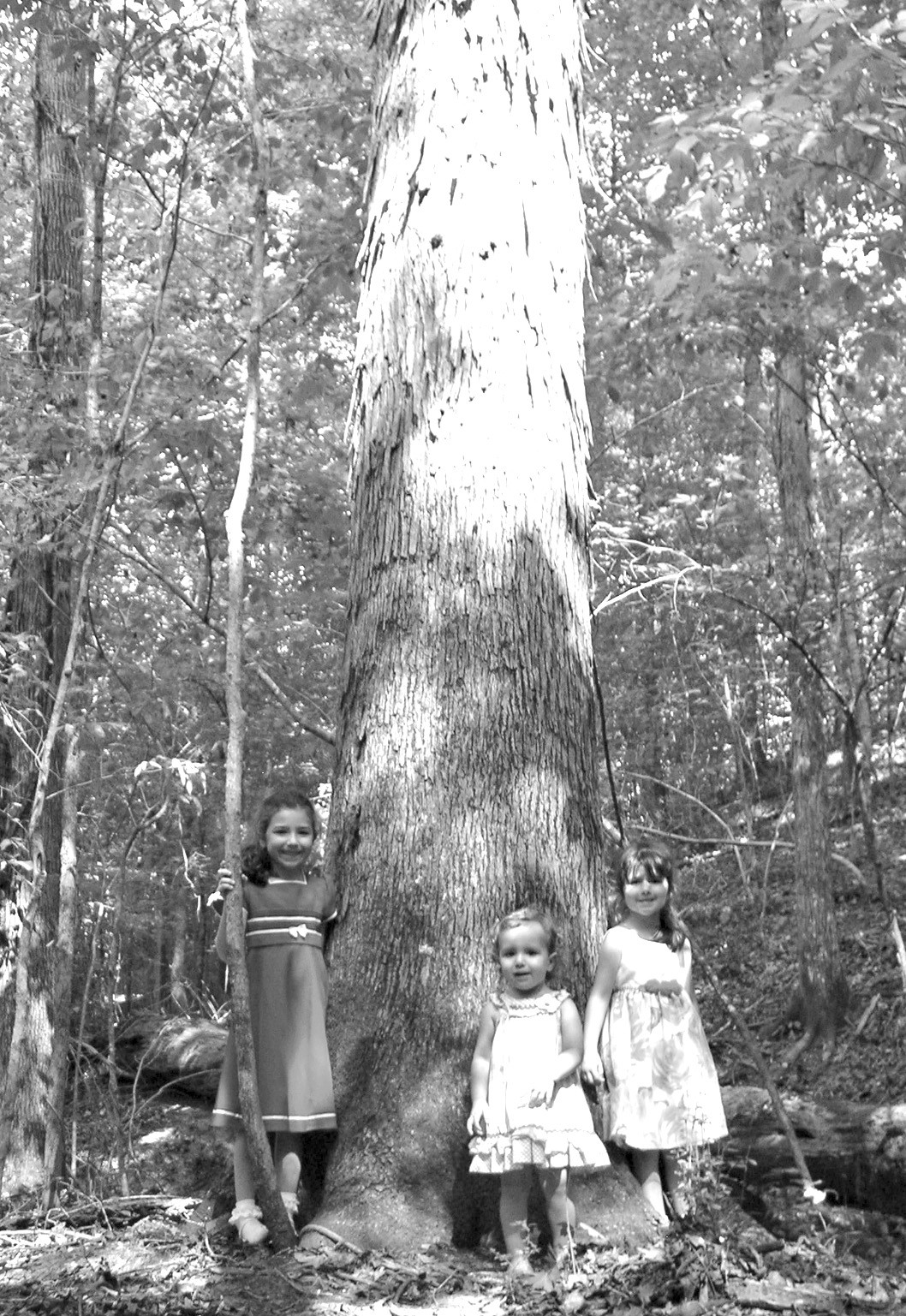 From the left, sisters Elena, Brooklyn, and Blair LeCroy flank the state co-champion shagbark hickory tree on the Charles and Jamie LeCroy family property near Allgood. The tree measures 29.9 inches in diameter at breast height, almost 95 inches in circumference, with a height of 126 feet, and a crown spread averaging 59 feet, for a total of 235 points. The other co-champion is in Etowah county and scored a total of 229 points when measured last year. LeCroy said the tree is growing in a narrow valley between two ridges, near a stream.‘The hickory towers over the surrounding trees,’ LeCroy wrote. ‘We believe it may have never been cut because of its close proximity to a stream. So, it has survived to become a state co-champion and a great food source for wildlife.’ – Ron Gholson