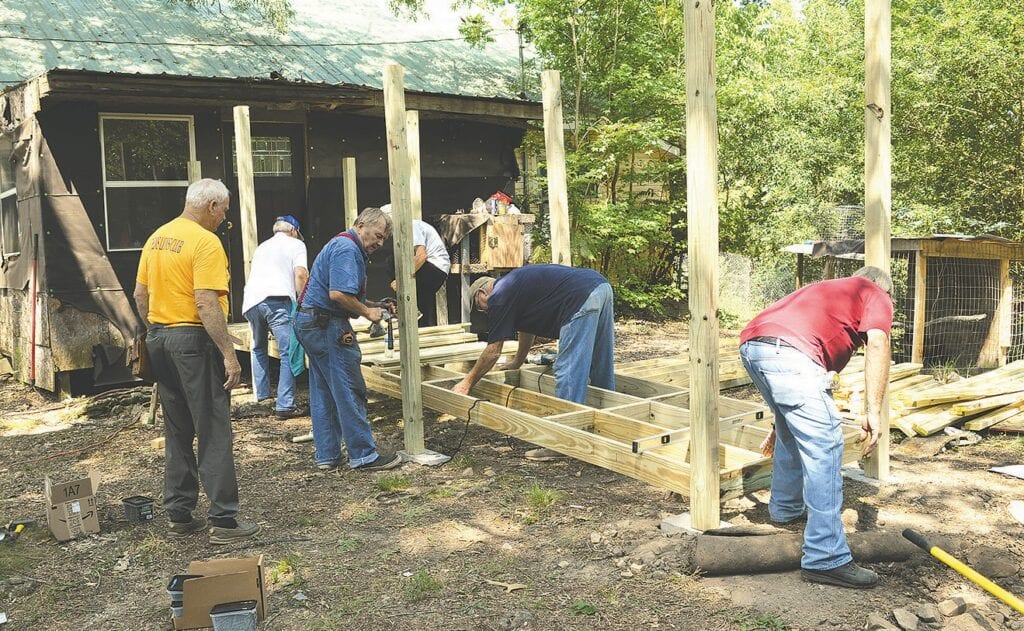 Volunteers from several organizations build a wheelchair ramp at the home of Mylan Self.

May 16 was a life-changing day for one West End High School sophomore who lives in Altoona. Mylan Self, a 16-year-old at the time, was vacationing at the beach and swimming in the gulf when he got caught in a riptide. Before the currents were through with him, he was held underwater for at least five minutes and his body pounded against the bottom by the surf.

Self was eventually pulled from the water and pronounced dead, according to his mother, Mary Hansard. But, he was revived and rushed to a Mobile hospital where he underwent an extensive surgery due to the trauma to his spinal column. His injuries have left him paralyzed from the chest down.

Despite that, Hansard says her son’s spirit remains high and he is upbeat. Self is a 6’4” football athlete with a spiritual belief that is guiding him now. She said Self told her, “God saved my life. I may not walk again, but I can still have a good life.” He is currently at Children’s Hospital in Birmingham and is expected to return home in September. 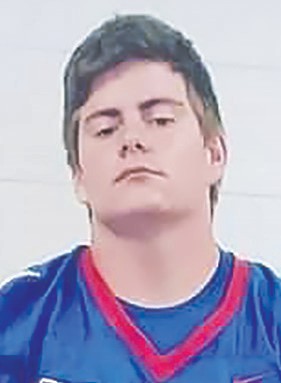 Mylan Self remains positive despite his paralysis. -Mary Hansard

Self’s home is not wheelchair accessible, at least it was not until July 21. Thanks to the Alabama Department of Rehabilitation Services (ADRS) and a small group of dedicated volunteers who built a wheelchair ramp at the youth’s home, it is now.

When Self’s teachers at the high school heard about the accident, they informed the family of the ADRS’s program that assists families with a financial need to refurbish their homes, making it possible for those with a disability to live at home. Bynum Duren, a home modification specialist with the department, said the services are part of the SAIL program, the State of Alabama Independent Living Services.

The department provides all the materials and plans for home modifications with everything built according to the Americans with Disabilities Act of 1990 guidelines, Duren explained.

The SAIL program, though, does much more. According to the department’s website, “SAIL ensures independent living at home, at school, at work, and the community through compassionate, skilled, and trusted counselors who provide specialized in-home education, counseling, attendant care, training, and medical services to Alabamians with the most-significant disabilities.”

Then come the volunteers. Once SAIL has developed plans, the department contacts civic and church groups who build and install whatever is necessary. For Self’s home, a group of members from Bethel Church of Christ in Limestone County, as well as Lions Club members from Hayden, Guntersville, Altoona/Walnut Grove, Centre, and Athens, came together to make the ramp a reality.

Some of the volunteers involved in Self’s project have been involved in the building of 30 ramps since the fall of 2019. As Self’s ramp was coming together, Duren had to rush off to Hayden to measure and begin plans for another one.

Tim Sosebee, Lions Club District Governor for North Alabama District 34-A, said working on projects like this one is a blessing. He said none of the volunteers are reimbursed for anything, including travel expenses or meals.

To inquire about ADRS and the services they offer, call the state office at 334-293-7500 or visit the website www.rehab.alabama.gov/services/sail.