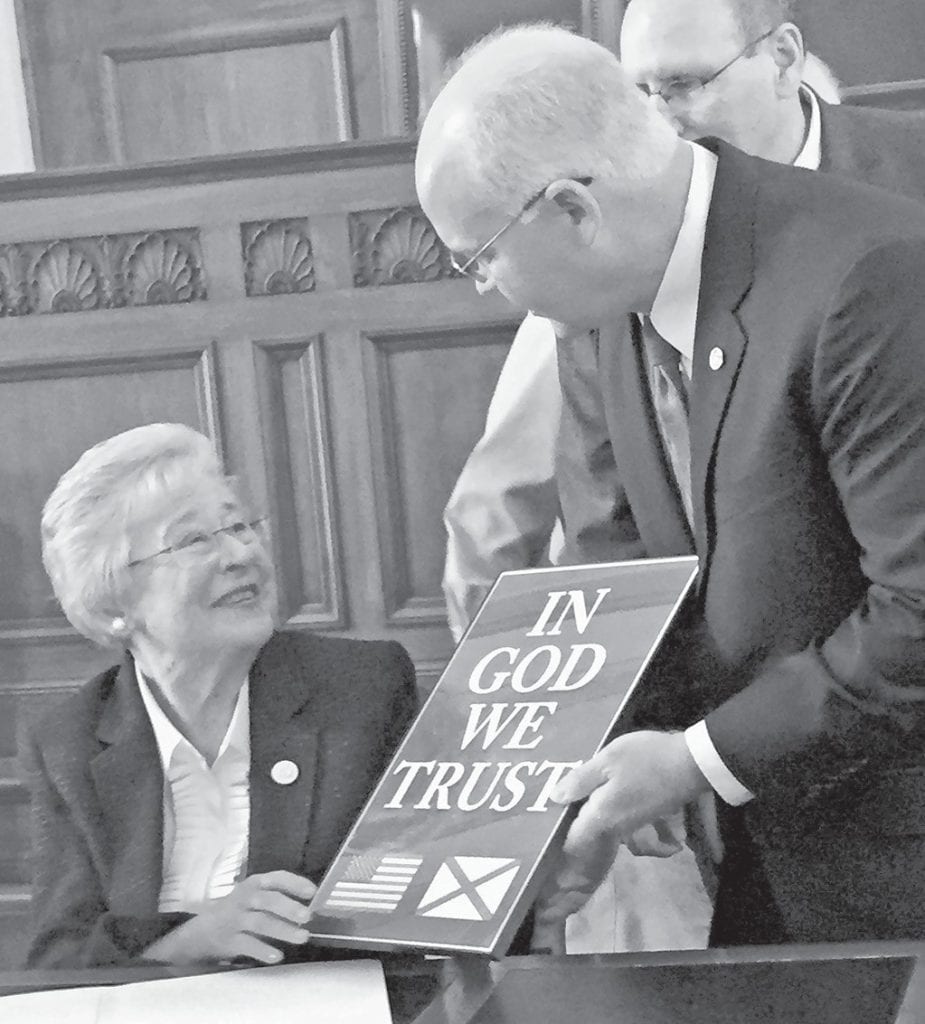 District 34 Rep. David Standridge (Hayden), whose district encompasses about half of Blount County, presents Gov. Kay Ivey a plaque suitable for display of the county’s national motto, ‘In God We Trust.’ It appears to have been a quid pro quo (the good kind) – she had just signed his bill into law moments before in a ceremony at the Capitol. Partially hidden is Joe Godfrey of the Alabama Citizens Action Program (ALCAP) who supported Standridge’s successful effort to shepherd the bill through to passage. The legislation permits display of the national motto in public places like schools, courthouses, classrooms, law enforcement vehicles, and by public officials and governmental bodies. Standridge said the bill drew lively debate in the House when it was introduced in February (but it passed 91– 4). It sailed through the Senate 27-0 in March, for which Standridge credits District 17 Sen. Shay Shelnutt, another Blount County legislator. Gov. Ivey signed the bill into law on May 21.

“Political correctness has gone too far when our national motto becomes unwelcome in public settings,” Standridge said. The new law will provide a distinct counterweight to that tendency. Anyone who would like to request a sign may do so by e-mailing Rep. Standridge at dstand@bellsouth.net and he can put you in touch with the supplier.