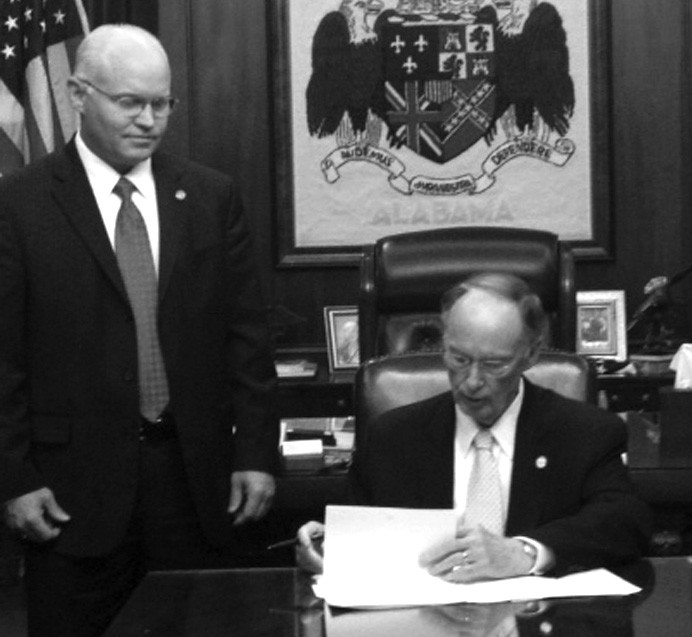 Gov. Robert Bentley signs Blount County District 34 David Standridge’s first statewide bill into law May 4. Standridge initiated and sponsored the bill in its passage through the Legislature. It passed 101 – 0 in the House, and 25 – 0 in the Senate. The bill protects against public disclosure of personal information of criminal justice employees, including law enforcement officers, judges, district attorneys, and others to protect them from being targeted in reprisal for actions they take in carrying out their official duties. Personal information would include addresses, names of dependents, and other identifying data. Elected in the Republican runoff in December, he is serving his first session in the Legislature.– Ron Gholson