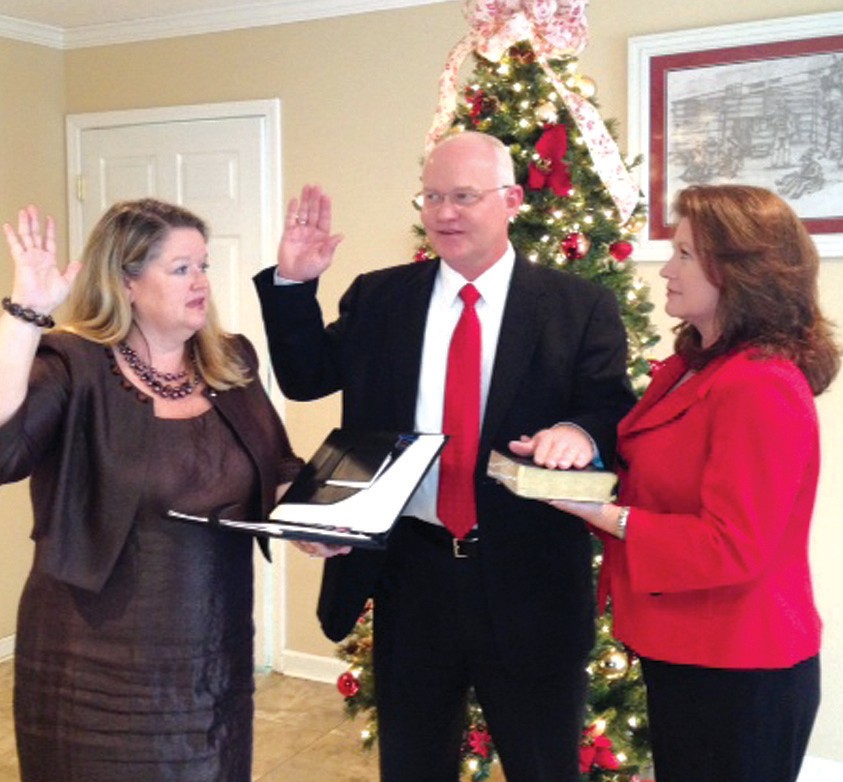 David Standridge, winner of the Dec. 11 runoff for District 34 State Representative, is sworn in Wednesday last week by District Judge Sherry Burns. Holding the Bible is Standridge’s wife, Danna. Standridge said he was informed by the Governor election evening that he would take office at midnight that night (that’s 12 a.m. on 12/12/12 for you astrology buffs) and that he should arrange to be sworn in locally as soon as possible. It was done the next afternoon at Hayden Town Hall. He said he will attend several orientation meetings for new representatives between now and the next legislative session opening on Feb. 13, 2013.

First order of local business could be to assist Oneonta in securing authorization to hold a local referendum on legalization of alcohol sales in the city. “The key thing to remember is that no one person can do it alone. It takes a legislative delegation to move a bill,” he said. Will he run for re-election in two years? “Now, hold on…I’ve been in office less than a week. I hadn’t anticipated even being asked that question for several months yet. But if I had to answer today, I’d say I’d probably run again,” he said. – Ron Gholson