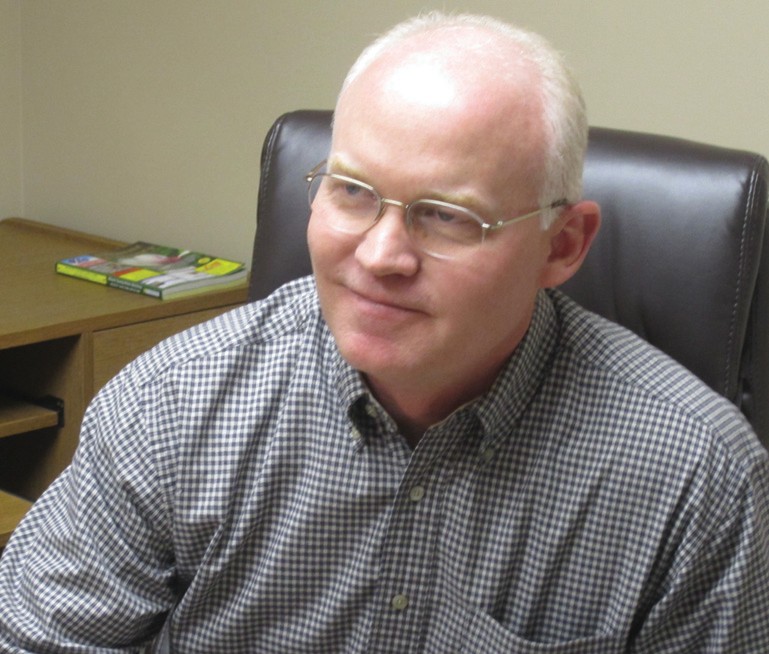 Elected in a runoff election last December shortly before the 2013 legislative session began, District 34 Rep. David Standridge had to hit the ground running immediately after being sworn in to his Alabama House of Representatives seat.

Two highlights from the session were especially significant to him personally. First, he sponsored and assisted in the passage by unanimous vote of both houses a statewide bill protecting personal information of criminal justice employees from public disclosure. It wasn’t highly controversial, but it was tough enough that he got an ovation from his House colleagues for the achievement – difficult even for a veteran, almost unprevented for a freshman legislator.

The second matter bodes well for the citizens he represents in addition to his own prospects. Because of retirements and other turnover in the House, his seat climbed half a dozen or so notches in seniority in just a few short months, an important index of standing and influence in sessions to come.

The remainder of this article consists of Standridge’s impressions, many informal, of the Legislature and its actions from a new legislator’s standpoint, as well as his report on laws passed in the session.

Standridge commented upon the frenetic pace of activity generally. He said sometimes the session itself ran far into the night, often dismissing just before midnight to avoid entering the next legislative day. Times when the Legislature or its committees were not meeting, he said, were filled with meetings with constituents, colleagues, interest groups, and others.

“I’ve often been asked if the experience was everything I had though it would be,” he said. “It was – and more. Much more. Every day we were voting on some issue, either in committee or in the session itself.”

He observed that having his wife Danna present to act as a staff person was an added benefit that “just a handful” of other legislators enjoyed. “She was extremely helpful responding to e-mails and phone calls, getting synopses of bills, scheduling meetings with people, and helping me in a lot of other ways,” he said. “It’s important to me to keep up and be well informed on the facts of all the matters we discuss. She really helped me with that.”

On a question about the extent of pressure to influence his vote, Stand-ridge said, “It was intense. There was a lot of pressure, no ifs, ands, or buts about that.” Asked what kinds of motives would be appealed to, he said: “Nothing as overt as you might think. It’s all about reminding you that you can’t do anything by yourself. You’re always going to have to have the cooperation of others, and if you want to succeed in the Legislature…” He voice trailed off at that point, but the thrust of “if you want to succeed” was clear. He added the other kind of pressure is from groups that the lawmaker knows will take their point of view to the voters in an attempt to influence their representative’s vote.

“This obviously was the most controversial legislation in this session,” Standridge said.

The bill specifies that parents of students attending public schools designated as “failing” may elect to send their children to a non-failing public school or private school and receive a tax credit of $3,500. The tax credit will be funded from the Educational Trust Fund, the funding source used to support public schools statewide.

“I opposed it,” Standridge said, adding that he was subject to vigorous lobbying to support the bill. (The bill passed easily, with only the outgunned Democrats opposing it. -ED.) “My reasons for opposing it had to do with representing the best interests of my district. Public schools are really important in my district, and they’re good schools. I approached this bill like I did others and asked myself, who will this help and who will it hurt in my district? The answer was, I don’t know who it could help. But it could hurt every public school.”

How soon will we know about the impact of the Alabama Accountability Act on public education, locally and statewide?

“We’ll have some sense about the number of students who choose to withdraw from failing schools, and the extent of that impact on the overall budget, after registration for fall semester. But (Alabama Department of Education Superintendent) Tommy Bice says it’ll probably be at least a year before we can tell for sure,” Standridge said.

Does Standridge consider the Alabama Accountability Act to be good, responsible legislation for public education in Alabama?

Standridge diplomatically sidesteps the loaded question with a faint smile. “As I said, I didn’t think it was right for my district. That’s why I opposed it,” he said.

He added he thinks an effort will be made to extend the tax credit to additional private school students in the next session.

Other bills of interest

Comprehensive legislation supporting second amendment rights (right to bear arms) in Alabama. Passed an omnibus gun rights bill allowing citizens to keep unloaded firearms in their vehicles and to keep them in their vehicle at their place of employment, among other provisions. Also passed a provision for citizens to vote on a constitutional amendment in a statewide election that would give Alabama one of the strongest gun laws in the country.

Jefferson County occupational tax. Standridge said the Legislature again defeated the attempt to reinstate the occupational tax in Jefferson County, an issue he worked to defeat because of the number of Blount County citizens who commute there to work. “ We were able to fight that off this time,” he said. “But it’ll be a continuing fight. It’ll be back.”

Women’s Health and Safety Act. Passed legislation requiring family planning clinics that perform abortions to have a board-certified doctor on the staff who has admitting privileges to a local hospital.

Passed laws streamlining state government by consolidating state law enforcement units into one of two divisions: one for uniformed personnel and another for all investigative personnel. Information Technology (IT) functions dispersed throughout state government departments were similarly combined under a single department-head organization. Fleet management of state motor pool vehicles was also consolidated. Significant savings are expected from those reorganizations.