Stand by for FOOD! 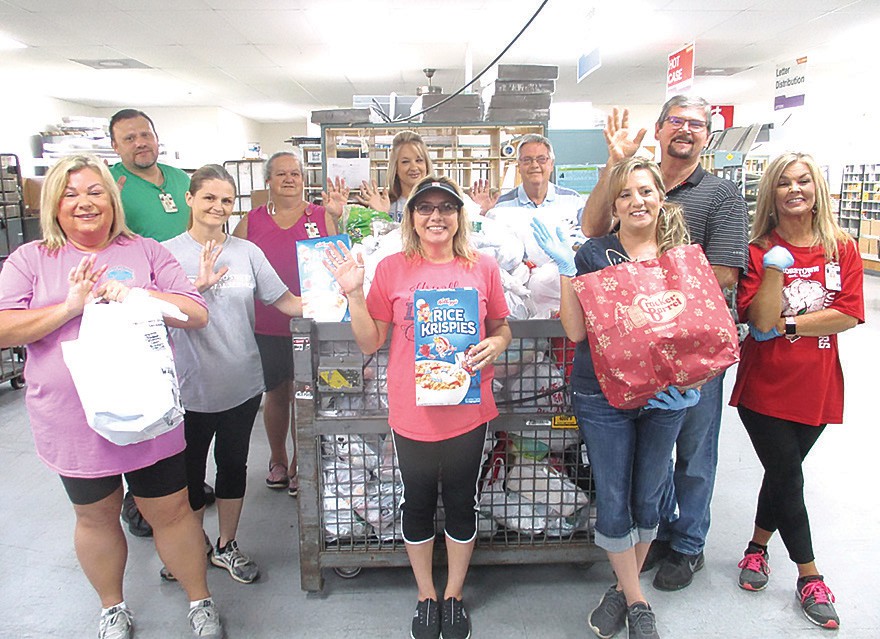 Oneonta’s 11 postal mail carriers fulfill an important role through their annual food drive. They act as intermediaries between Blount Countians who have food to spare and the generosity to spare it, and those who, simply put, don’t have enough and need more to carry on.

Once a year mail carriers notify postal patrons that the food drive is coming the next Saturday and they leave behind a bag to put it in. The carriers then collect the bagged canned goods and non-perishables and return everything to the post office, where it is collected in a wire mesh container. If the container were full of mail, it would weigh about 1,200 pounds, but it will be much heavier than that with the weight of the canned goods, said Oneonta Postmaster Rick Jackson (standing in the back row, fourth from the right ). It’s then picked up by Hope House and relayed to the Hope House food bank where it is used to nourish those who need it.

The annual effort is overseen by Jackson, who said he is occasionally asked for assurances by donors that all the food will be distributed locally and used by those in need in Blount County. “That’s why we contribute it to Hope House,” Jackson said, “because we know it will all go to local folks.”

“I want to say a huge THANK YOU to the Oneonta U.S. Post Office letter carriers and staff for their efforts in food collection,” said Hope House director Bud Jones. “I also appreciate everyone who participated by donating food. We will put it to good use to reach out to the least, the last, and the lost in our county. Thank you all.”