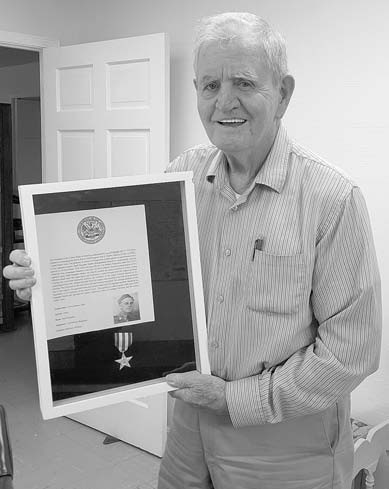 Years after being killed in action during the Invasion of Mapia in World War II, Staff Sgt. Jack E. Martin was awarded the Silver Star for his “unusual gallantry in the face of the enemy, his aggressiveness and perseverance and his supreme sacrifice.”

A delayed celebration of this award (proudly displayed by brother Sid Martin) was held in conjunction with a memorial service to honor those who had served from the Liberty community on Memorial Day.

Approximately 30 people attended the memorial ceremony and flags were placed on each grave of those who paid the ultimate sacrifice.