Owner of S&S Foods thanks community, vows to rebuild 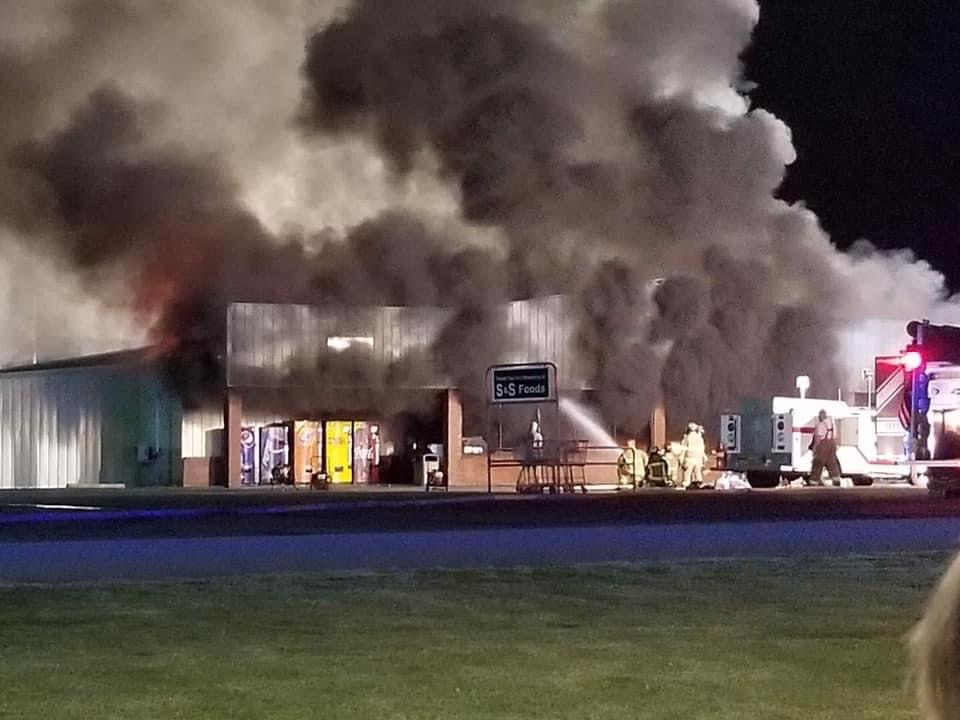 A little after 6 p.m. Tuesday, Cleveland Fire & Rescue got a call reporting a fire at S&S Food. Crews immediately responded. The fire was already fully involved prompting a call to surround departments requesting mutual aid. Fire crews from multiple jurisdictions including Oneonta Fire & Rescue and volunteer departments from Nectar, Rosa, and Locust Fork  worked together with Cleveland to put the fire out.

Officials said the fire started in the back and quickly spread. Within hours, Scotty Estes, owner of S&S confirmed that the building was a total loss. As the sun came up Wednesday, crews were still on scene as Estes was assessing what was left. On the stores Facebook page he shared, “Cleveland customers, thank you all for your support over the last several years. We are sure you’ve all seen that we will be closed for a while, but we will be back as soon as possible when we can rebuild.”

In conclusion, he said, “We would like to thank everyone that has helped us through this disaster at our Cleveland location – the fire fighters from several departments, our employees, all the law enforcement, so many from the community, and all of the employees at Kind + Kups Coffee. We would like to extend a huge thank you to Kevin Browning for his swift action of notifying us of the fire, even before the alarms went of in the store.”

Look for full coverage in Wednesday’s edition of The Blount Countian.