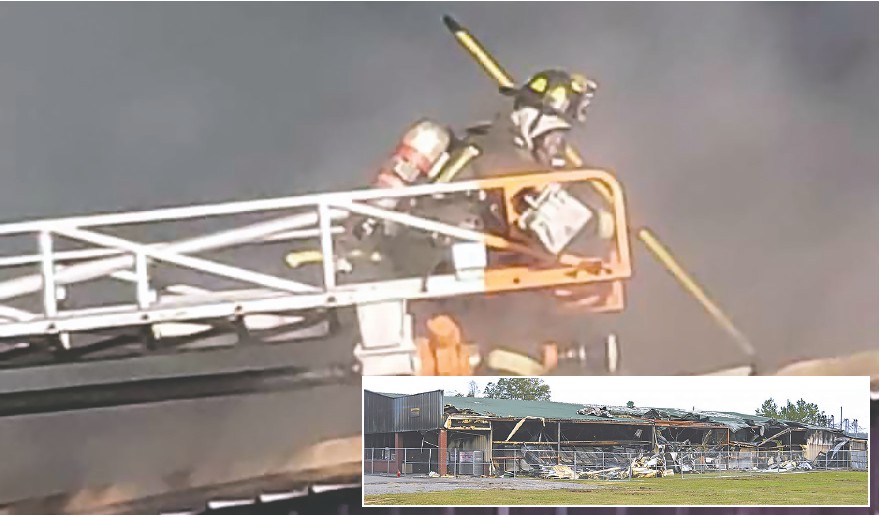 The S&S Foods grocery store in Cleveland was completely destroyed in a fire on Tuesday, Oct. 6. Cleveland Volunteer Fire Department Chief Steve Pass said the state fire marshal ruled the fire “accidental.” The fire began in the rear of the store where cardboard boxes are broken down. Owner Donald Estes said the insurance investigator confirmed the cause was “accidental and non-intentional.”

The fire was reported at about 6 p.m., a time when there are usually a lot of shoppers, Estes said. All the customers and employees escaped unharmed. Multiple local fire departments turned out to battle the blaze.

Estes said the company will rebuild; in the meantime, the 32 Cleveland employees will be able to work at one of the company’s other two stores located in Holly Pond and Dodge City.

S&S Foods’ Facebook page warned that a fake GoFundMe account was started the day after the fire. A statement issued by the company said, “FYI, this is NOT us. We do not have or want a GoFundMe account. We appreciate everyone’s concern, thoughts, and prayers, but please do not donate. This is not us. Thank you!”

The company also posted, “Cleveland customers, thank you all for your support over the last several years. We are sure you’ve all seen that we will be closed for a while, but we will be back as soon as possible when we can rebuild.

“We would like to thank everyone that has helped us through this disaster at our Cleveland location – the fire fighters from several departments, our employees, all the law enforcement, so many from the community, and all of the employees at Kind + Kups Coffee. We would like to extend a huge thank you to Kevin Browning for his swift action of notifying us of the fire, even before the alarms went off in the store.”