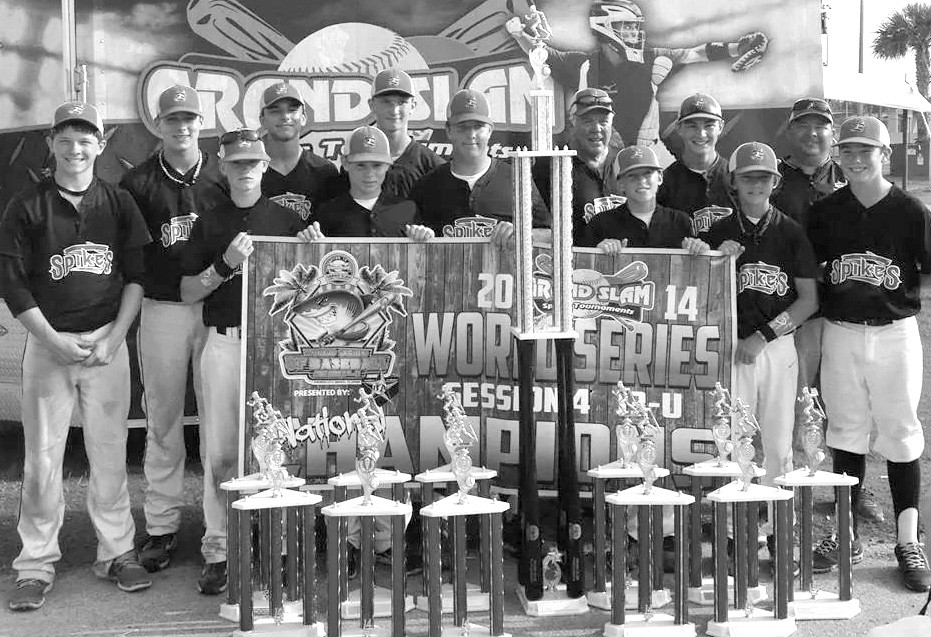 The Blount County-based Spikes Baseball Club won the Grand Slam World Series last month at Panama City. Against teams from Georgia, Mississippi, Texas, Missouri, and Indiana, the Spikes rolled through the tournament undefeated to the championship game. In the final, the Spikes were knocked off by Stix of Dallas to force a second game for the championship. The title game went back and forth before the Spikes rallied for a run in the eighth inning to take home the championship. The Spikes finished the summer with a record of 46-6 and won 9 of the 11 tournaments they entered (finishing second in the other two). Pictured are: front row (left to right) Jackson Devaney, Rance Phillips, Will Hotalen, Braedon Grandstaff, Austin Young, Jacob Smith, and Brody Moore. Back row (l to r) Jake Hodge, Chase Isbell, Garrett Sanders, coach Tony Moore, Will Bearden, coach Brent Devaney.