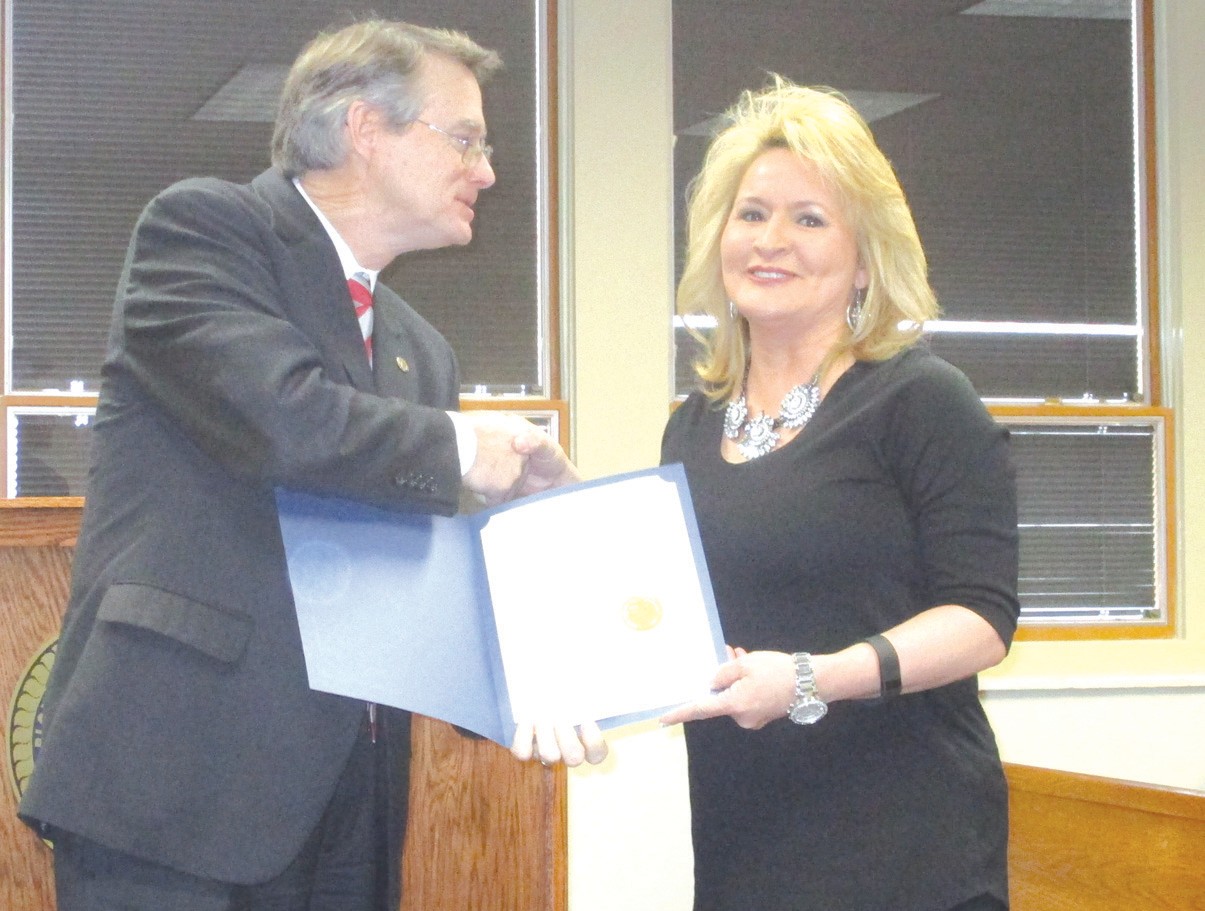 In the closing moments of the Monday commission business meeting, District 4 Commissioner Gary Stricklin asked that the agenda be amended to include an important item not originally scheduled for action. He asked that a special work session be called to address constituent requests he has received.

The general tenor of the requests has been for the county to convert to the unit system in connection with its proposal for a 1-cent sales tax increase, Stricklin said. The purpose of the meeting is to clarify the relationship and timing aspects connecting the two actions.

The date set for the meeting is Jan. 21. The commission unanimously approved the motion to amend the agenda and to call the special work session. The work session is open to the public.

Palisades Park Board chairman Ramey Peters told the commission the project is expected to cost about $75,000, with the park having in hand about $45,000 to cover the costs. He asked the commission for additional funds of $30,000 to complete the project, and pledged future donations to repay that amount. The commission approved the measure unanimously. The project should be substantially completed this year.

“WHEREAS, in the American experience, there have been but a few individuals who have left such a lasting legacy on our nation that that of one Robert Edward Lee; and “WHEREAS, this most notable and honorable gentleman, being born on Jan. 19, 1807, it is but fitting and proper this date in history we record and celebrate as a day to honor general Robert E. Lee, now

THEREFORE, let this proclamation go forward to all who shall receive these presents that Jan. 18, 2016, is to be celebrated in recognition of the birth of general Robert E. Lee.”

The Robert E. Lee commemoration is sponsored and led by the Blount County Friends of Dixie, in coordination with the Sons of Confederate Veterans, Camp 308.

The proclamation calling for unity among Blount Countians reads (edited for brevity):

“Whereas, at this time in the history of our nation there are far too many reports of violence resulting in the premature less of precious lives; and whereas, (this)… threatens to unravel the basic fabric of our existence; and whereas, just as Jesus prayed for unity among believers, it is with a deep sense of urgency that unity and service be emphasized in…(all our institutions)…on Dr. Martin Luther King Jr. Day in America, Jan. 18, 2016, remembering the words of Dr. King when he said, ‘We must live together as brothers or perish together as fools.’

“Now therefore, be it resolved by the Blount County Commission that we agree with Dr. King’s observation that ‘Life’s most persistent and urgent question is: what are you doing for others?’; be it further resolved that all individuals… be encouraged to commemorate Jan. 18, 2016, as a day to experience the truth of Matthew 23:11, which teaches, ‘he who is greatest among you shall be your servant.’ As Dr. King said, ‘That’s the new definition of greatness. It means that everybody can be great, because everybody can serve.’”

In connection with the paving of County Road 15, the last of about a dozen county ATRIP (Alabama Transportation Rehabilitation and Improvement Project) projects, the commission passed a resolution required to initiate construction. The Alabama Department of Transportation required the commission to pass the resolution agreeing to comply with all state and federal standards and requirements for construction and future administration of the roadway. Construction will begin when warm weather returns.

In a final resolution, the commission expressed no objections to amending state law to allow funds collected by the Sheriff’s Department for pistol permits to be maintained by the department itself, rather than being deposited directly into the county treasury. Eighty percent of the funds will still go to the Sheriff’s Department with 20 percent allocated to the county general fund, as is current practice.

• approved the county engineer’s recommendation for a speed limit of 25 mph on Hipp Road in District 2.

• appointed Jackie Yarbrough to the Mental Retardation/Developmental Disabilities Board.

• postponed until the February business meeting appointment of a board member to the Pine Mountain Volunteer Fire and EMS District.

• approved a letter of appreciation to Madison Materials for support of citizens affected by the Christmas night flood and county workers trying to respond to its challenges. The company’s efforts were “outside the scope of what should be expected and without which emergency response operations would have been significantly delayed” the letter said.

All commissioners and the commission chairman were present at the monthly business meeting.

A special work session to discuss the unit system and the one-cent sales tax proposal is scheduled for Thursday, Jan. 21, at 9 a.m., also in the commission boardroom. (See beginning of article for details.)