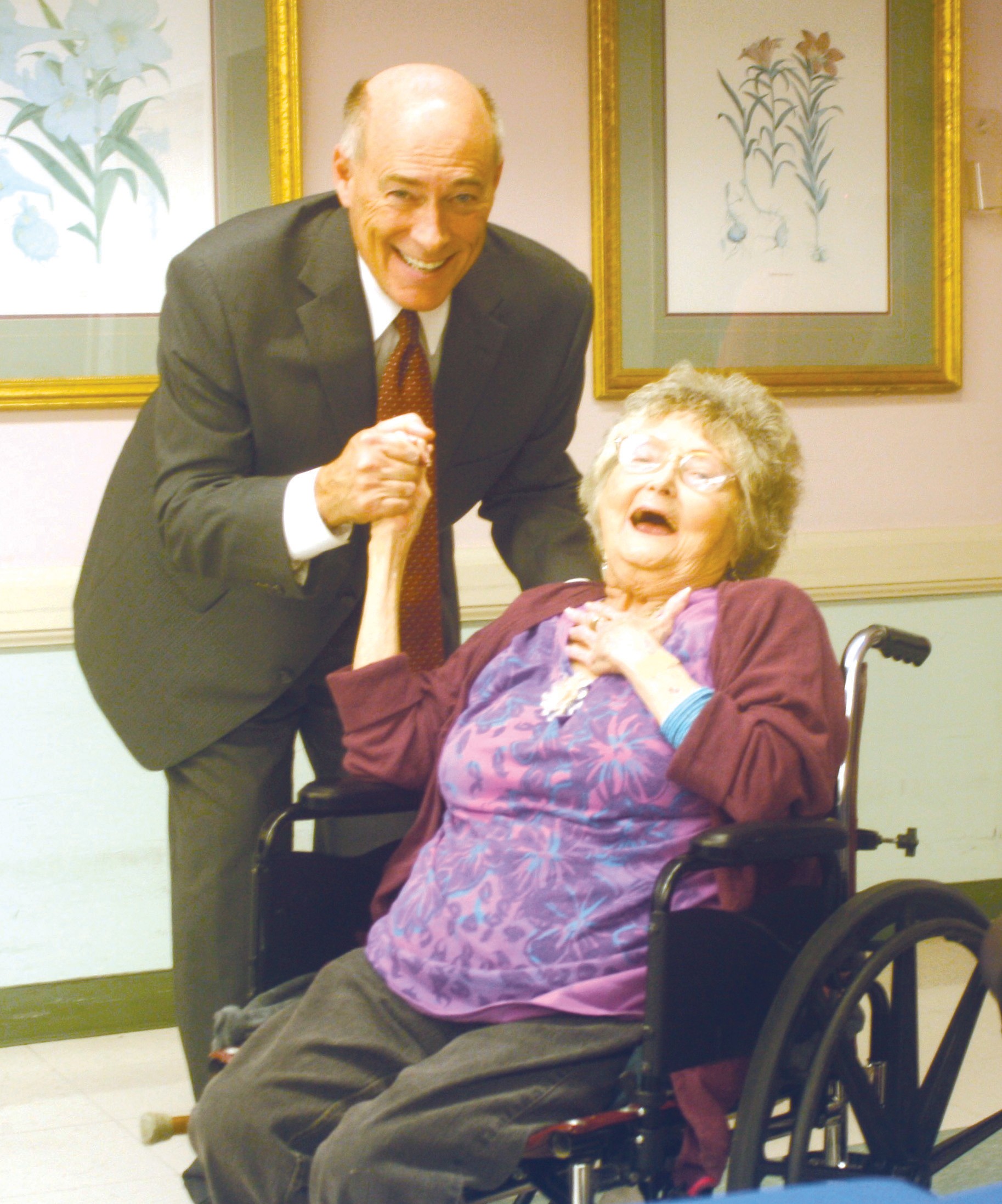 Juanita Smith proved to be one of James Spann’s biggest fans when he visited Oneonta’s Golden LivingCenter last week. Smith laughed and enjoyed his speech so much Spann later joked he needed to hire her as his publicist. Spann, chief meteorologist for ABC 33/40, was the special guest for Golden LivingCenter’s 50th anniversary at the Oneonta center. ‘We all laughed and reminisced more than we have in a long time!’ said Amanda Horton, director of nursing services for Golden Living.