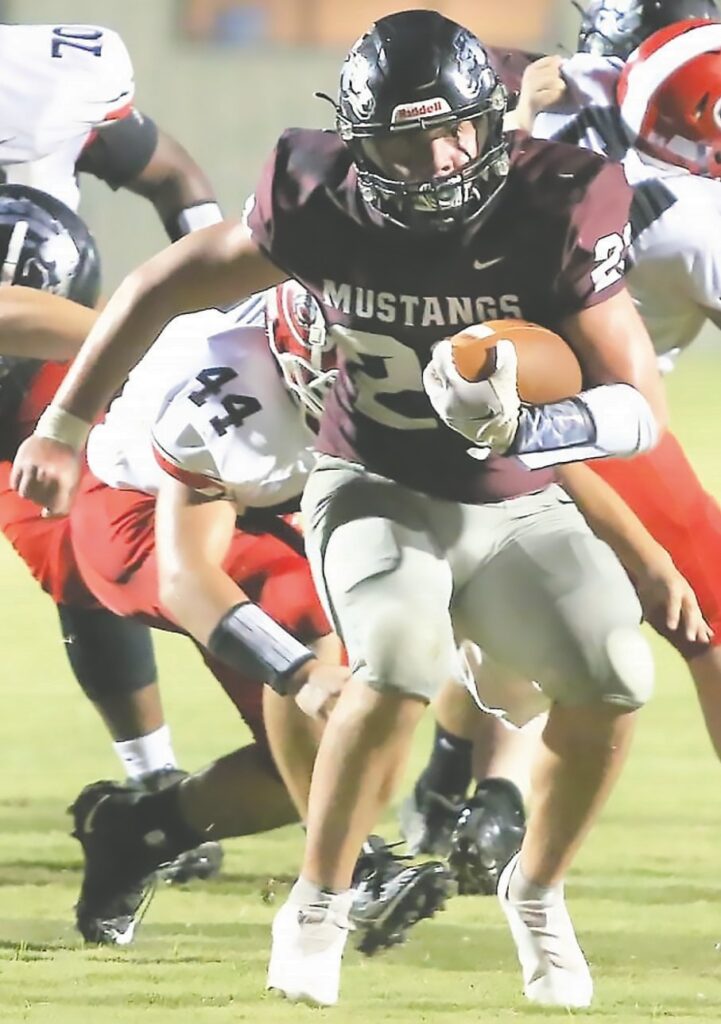 Coming off an impressive 41-19 win over 4A Ashville, the Southeastern Mustangs didn’t slow down as they headed into their 2A Region 6 opener against Gaston. The Mustangs posted six touchdowns before halftime and added a couple more in the second half for a 54-20 victory.

Southeastern’s defense was relentless in their pursuit of the ball, forcing three early turnovers that resulted in three first quarter touchdowns. Fernando Chavez put the Mustangs on the board after he scooped up a loose ball and took it to the end zone. Trent Carpenter’s extra point attempt was good for a score of 7-0. It didn’t take long for the Mustangs to add another 7. It was Chavez again, getting the loose ball and taking it to the house. Another Carpenter point after made it 14-0. Ben Hall got in on the first quarter scoring frenzy with a pick six to make it 21-0 after Carpenter’s kick. Carpenter got the offense in gear, running it in from 9 yards out for the Mustangs’ fourth TD of the opening quarter. His fourth extra point made it 28-0. 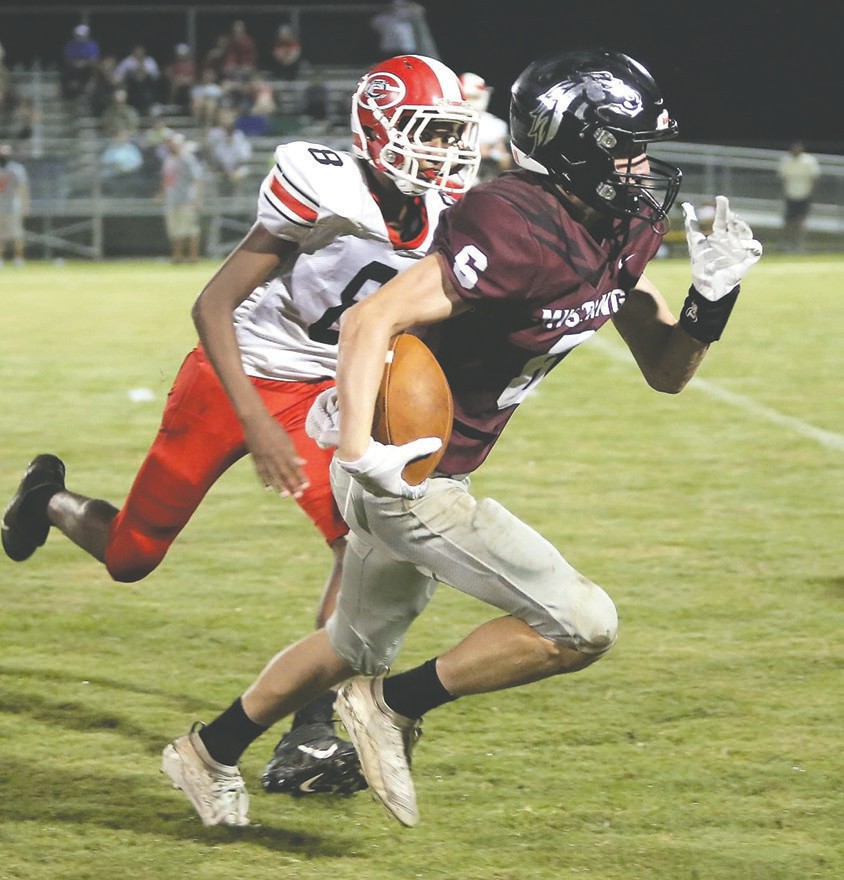 Ben Hall evades a Gaston defender after one of his two catches. -Jeff Sargent

Up by 36, Southeastern started the second half with back up QB Jackson McMillian. Gaston struck first to make it 13-42, but McMillian found Nathan Howell for a 39-yard completion and his first touchdown. A missed extra point left the score at 48-13. Gaston found the end zone one more time before the quarter ended making it 20-48 heading into the final quarter of play. The Mustangs added six more on McMillian’s 8-yard run for the final of 54-20. 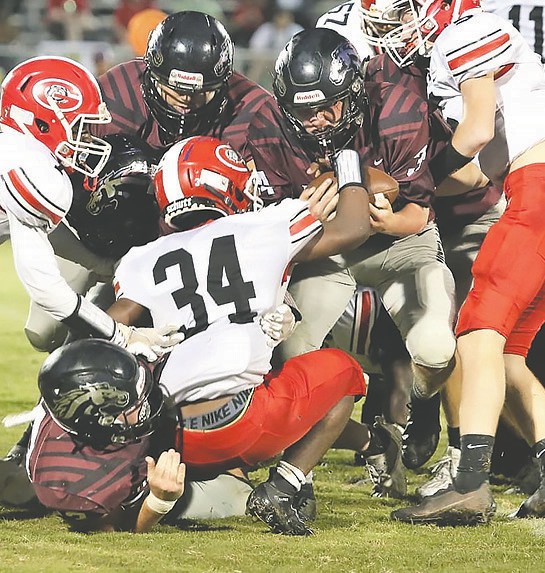 McCray led the rushing attack with 78 yards on three carries and one touchdown, while Scott Sprayberry ran for 31 yards on five carries. Hall led receivers with two catches for 119 yards, including his 82-yard TD reception. Howell made the most of his one reception, scoring on the 39-yard play.

The Mustang defense was anchored by Jasen Cofield, who finished with eight tackles, one sack, and three TFL. Caleb Carson and Alvin Alvarado finished with six tackles each. Chavez recorded one tackle, one sack, one TFL, two fumble recoveries, and two touchdowns, while Hall recorded the pick six.

Southeastern improves to 2-0 overall and 1-0 in region play. They host Westbrook Christian Friday. The 1-1 Warriors are coming off a 13-32 loss to region foe Sand Rock.