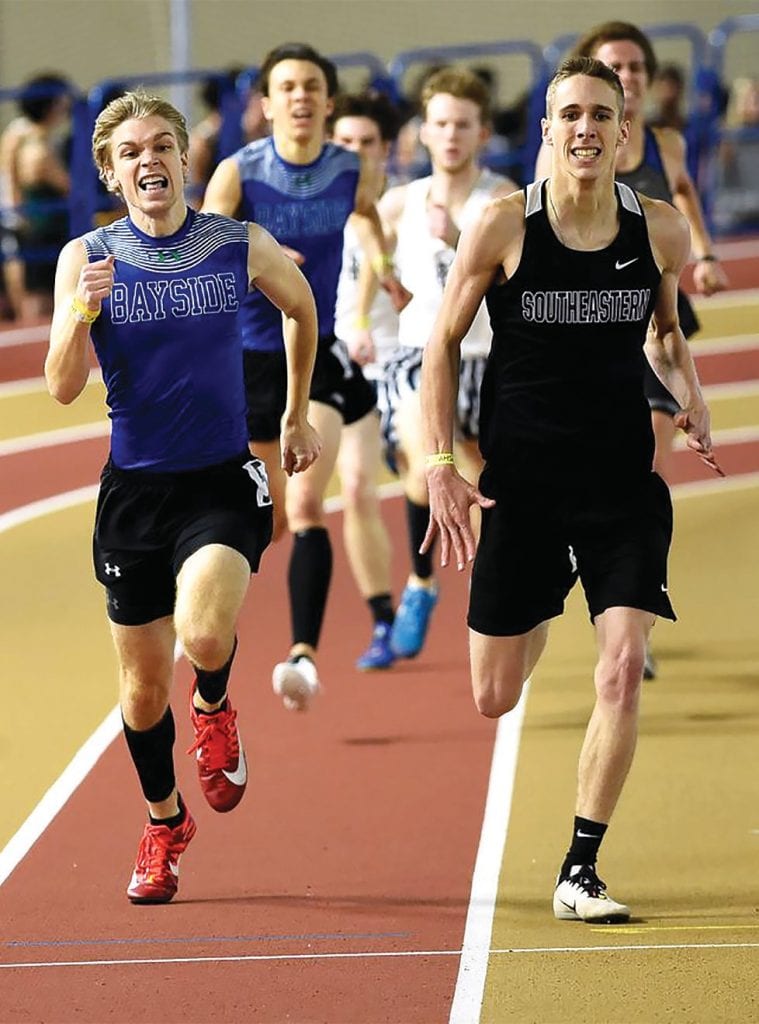 Southeastern senior Richard Payne brought home the school’s first state championship by placing first in the boys indoor 400 meter dash with a time of 50.57 seconds. This is Payne’s inaugural season of indoor track and field.

He began running track only a season ago as a sprinter for the Mustang’s outdoor track and field team, placing second in the boys 400 meter dash as a junior. Payne played football for a season, but ultimately decided to make the switch to track and field.

“I played football, and I was always one of the fastest, so I just figured I would try track out,” Payne said. Payne says he plans on attending college to pursue track and field, he just doesn’t know where yet.

Payne is also a member of the Army National Guard, completing his basic training this past summer at Fort Sill, Okla.Southeastern track coach John Taylor had high praise for Payne. “I’m just proud of Richard. He has great character. He’s one of the kids you want to use as a role model to all the other students. He’s a great student and a great athlete, and this is just a testament to his hard work.”

Taylor went on to say, “This is his state championship, but it’s also Southeastern’s first state championship, and there couldn’t have been a better student to represent our school and our community.” Payne will finish out his high school track and field career with indoor track beginning next month.