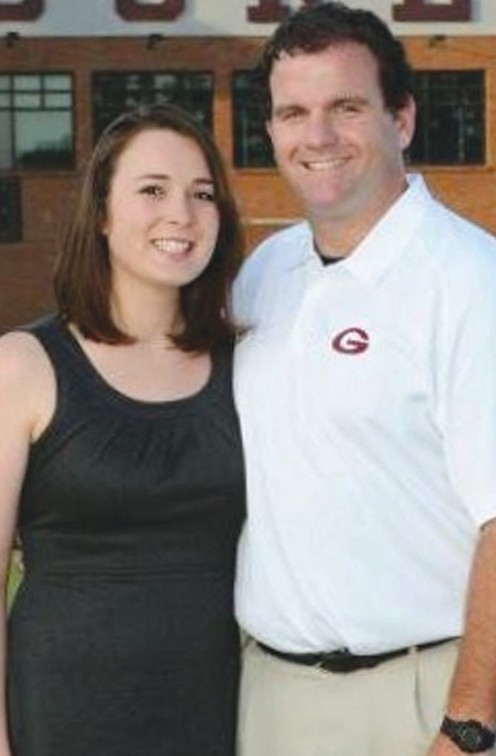 The Southeastern Mustangs will begin their third season of varsity football in August and they will do so with the program’s third head coach.

The Blount County Board of Education approved the hiring of Michael Burkett at last week’s meeting.

The 32-year-old Burkett comes to Southeastern from Gardendale, where he had been an assistant the last two years.

“We are not going to try and reinvent the wheel,” he said. “We will work on the fundamentals – blocking, tackling, running, and throwing. As far as schemes, we will get together as a staff and see what we feel is best for Southeastern and the team and talent we have.

“I have met each coach and I’m excited to work with them. They are a solid group of men who care about the players. Each coach will have input on our playbook.

“There is a lot of excitement here and I’m fortunate to be a part of the beginning of something special.”

He is a third-generation teacher/coach. His grandfather, Eolin Burkett, was the head football coach at Mortimer Jordan from 1952 to 1958 and later served as superintendent of education in Jefferson County.

His father, Mike, coached at Gardendale High School and Bragg Middle School in the 1970s and later worked as principal at Erwin High.

Burkett’s wife, Emily, teaches composition online for Holmes Community College in Mississippi and is work- ing on her master’s in secondary education at the University of Montevallo.

Burkett takes over a program that is obviously still in the building stage and a in need of some stability in the coach’s office.

Burkett, a 1999 graduate of Mortimer Jordan, played college football at the University of West Alabama. He was an offensive line coach and defensive coordinator at Canton Academy in Mississippi for six years and he also coached at Sumter Academy and Cottage Hill Christian in the Alabama Independent Schools Association.

Southeastern will move to Class 2A in the fall and the schedule will be challenging. The Alabama High School Athletic Association (AHSAA) placed the Mustangs in Region 6 with Addison, Cold Springs, Falkville, Tanner, Tarrant, and Sumiton Christian. Tanner is the two-time defending champion in Class 2A.

The upcoming season will be the first in which Southeastern will have a senior class.

“What a fantastic time to be a Southeastern Mustang,” said Burkett. “Man, we’re building a field. We will be accountable to our commitment and investment and the scoreboard will show what it will show.”

The Blount County Board of Education approved the bid for a new stadium earlier this month.

Blalock Building Company of Trussville began work Monday and has a 120-day window for work. The company will handle everything between the fences – the field itself, irrigation, and goal posts.

The system has separate contracts for fencing and lighting and construction of concession stands and bathrooms will be done later.