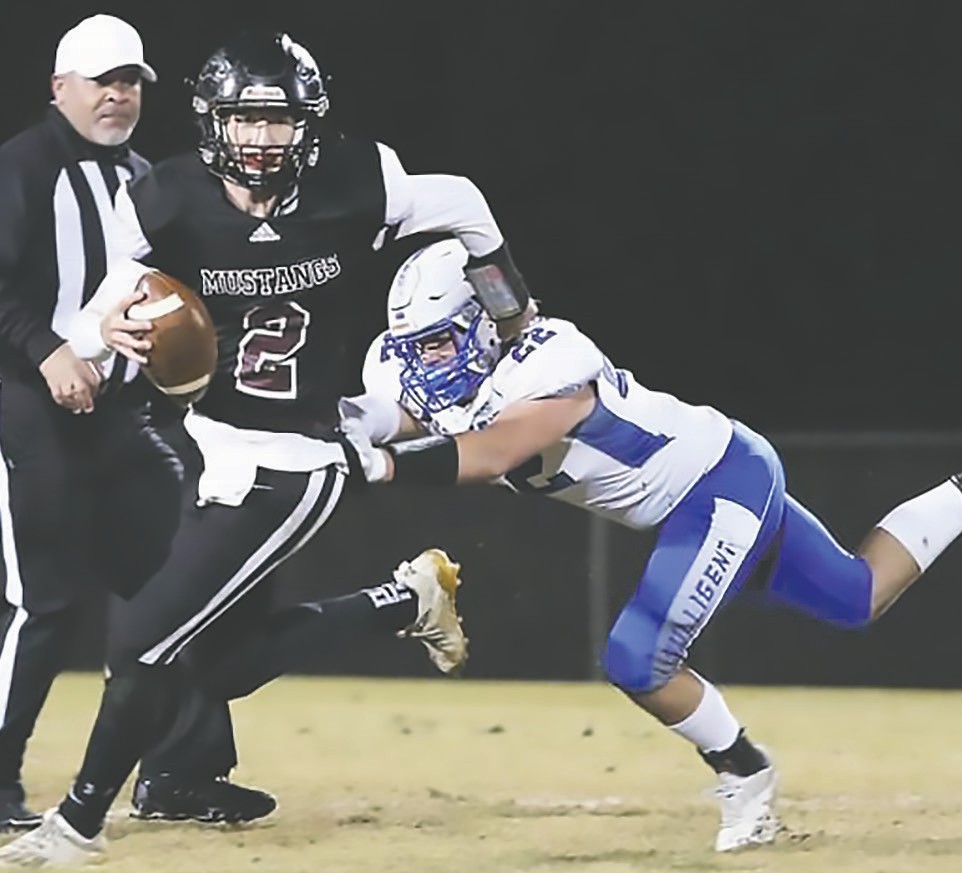 Trent Carpenter sheds a Sulligent defender. Carpenter completed 9-of-12 for 154 yards and two touchdowns as well as rushing for 16 yards and a TD. -Jeff Sargent

Southeastern continued its playoff run with a 37-18 win over Sulligent Friday night. The home team outgained its guest 282 yards to 198 in a balanced attack. The Mustangs passed for 154 yards and ran for another 128. Defensively, the Mustangs held Sulligent to 53 yards passing and forced three turnovers.

Sulligent got the first points of the game on a touchdown run in the second quarter, but the Mustangs answered with a TD of their own when Ben Hall caught a 33-yard pass from Trent Carpenter. Noah McCray ran the ball in to complete the two-point play giving the Mustangs an 8-6 lead. Before the end of the first half, Sulligent found the end zone one more time, but failed to convert the two-point attempt. At the half, Sulligent was up 12-8.

Cole Williams put the Mustangs ahead for good with a 20-yard run in the third quarter. Southeastern converted the two-point play again for a 16-12 advantage.

In the fourth quarter, Scott Sprayberry added to Southeastern’s lead, scoring on a 4-yard run. The Mustangs couldn’t convert the extra two points, but they were up 22-12. Later in the quarter, Hall got his second TD of the game, this one a 27-yard pass from Carpenter. After converting the two-point play, the Mustangs were up 30-12. 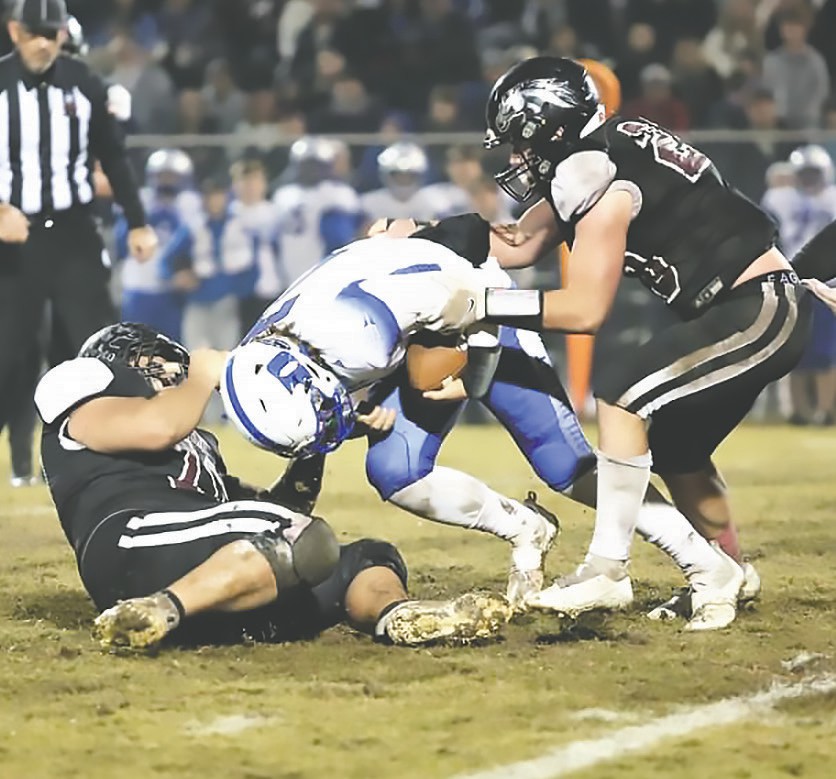 Sulligent found their way into the end zone again, but cut into the score by only 6 points. Southeastern got those 6 back before the final buzzer. Carpenter tucked the ball and ran it in from the 8-yard line for Southeastern’s final points of the game. Dylan Albruzzo got the extra point and the Mustangs topped Sulligent 37-18.

Carpenter passed for 154 yards and two touchdowns while completing 9-of-12. He ran for another 16 yards and scored one more touchdown. McCray was the leading running back with 46 yards on 14 carries. Sprayberry ran for 43 yards and a score while Williams ran for 23 yards and a score. Hall scored a couple of TDs on four receptions for a total of 95 yards.

On defense, Albruzzo and McCray led the way with 11 tackles each. Carpenter finished with 10 tackles while Hall, Williams, G. Marsh, and Sprayberry each had seven tackles. Hall added two interceptions. 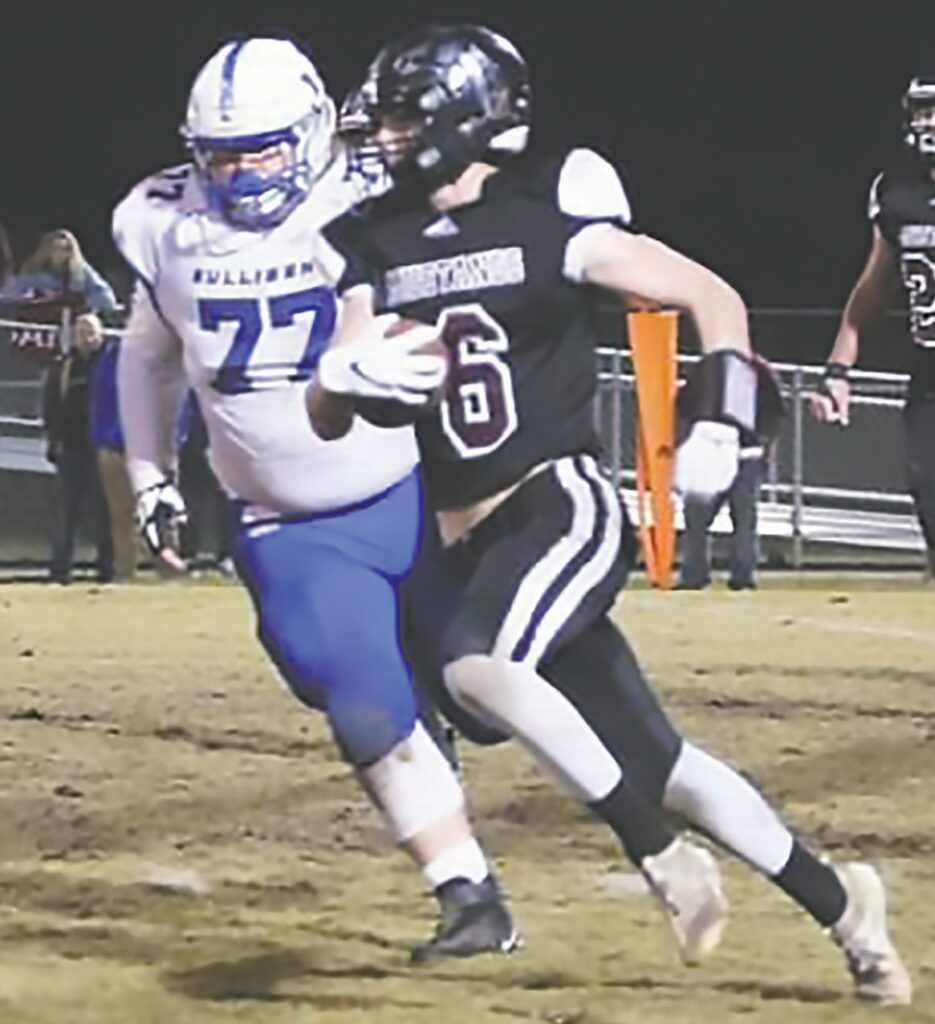 Southeastern faces a familiar foe in Round 3 Friday night. They travel to Cleveland looking for a better outcome than their regular season matchup, which finished in a 42-0 Panther win. Cleveland beat Midfield 61-46 last Friday to advance.