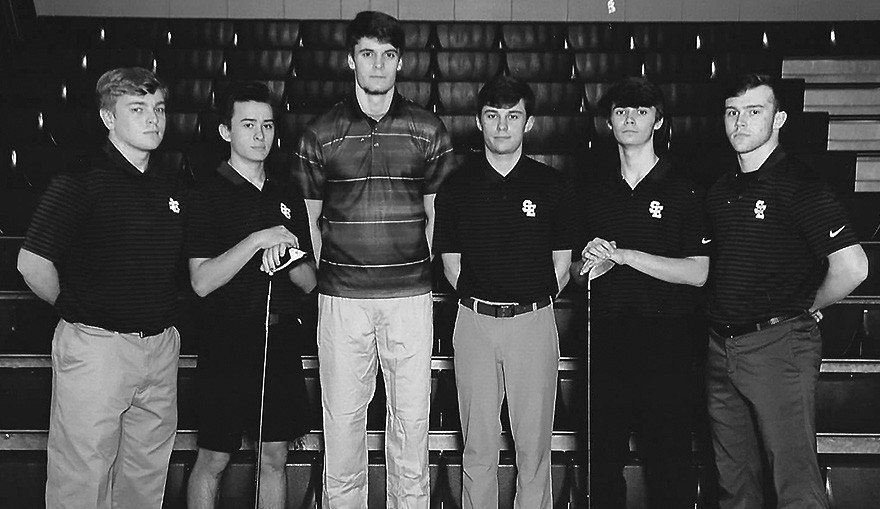 “This group of seniors really means a lot to me. They were the first class I had when I started teaching at Southeastern their freshman year. The seniors are Caleb Johns, Charlie Faler, Jacob Robertson, Joey Chafin, Austin Leith and JD Taylor. Along with sophomore Noah McCray, this group won last year’s county championship, which was the first varsity championship in school history.

“This is the first group I have been around that never wants practice to end. Most of the time we would practice until sundown and then they would go to the practice green. They are a fun group to be around and are very competitive. Almost all of them play multiple sports.

“Our whole team had high hopes for this year. We all believed we would be able to make it to state as a team. We also had a newcomer to golf in Laura Jett who showed a ton of potential this year. Everyone made huge improvements during the off season and were working very hard during practice. You hate to see it end before you have a chance to compete, but the safety and well being of the kids and families is most important.

“I don’t know if I will ever be lucky enough to get a group with this much personality and talent again, but these past few years have been very enjoyable for not only me, but also my 7-year-old son, Henry. If we go to the golf course the first thing he asks is if my players will be there. The seniors are going to move on to great things, and they have laid a solid foundation for the Southeastern golf program. We have more interest in golf than ever because of them.”