Sorting out the 2016 race for president 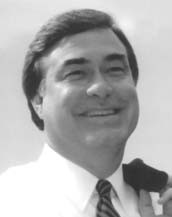 Last week, we speculated on the 2016 U.S. Senate races. However, the most pressing political event on the radar is next year’s presidential contest. It will be an interesting and protracted campaign. In fact, it has been ongoing for well over a year.

Like our 2018 Governor’s race, the 2016 Presidential race will be void of an incumbent seeking re-election. Barack Obama will have served his eight-year constitutional limit. Therefore, we will have an open oval office for political hopefuls to fill.

In past years, Alabamians paid little attention to presidential politics. When we were a one-party Democratic state, we were more interested in gubernatorial and sheriff contests. However, in modern times we have become a one-party Republican state.

The Republican candidate has carried the Heart of Dixie in every presidential election since Ronald Reagan’s victory in 1980. Folks, that is 36 years and nine straight elections. The GOP nominee has carried the state in all but two elections since the Goldwater sweep of 1964. Only one Democrat has carried Alabama in 52 years – Jimmy Carter won Alabama in 1976. Therefore, it is a safe bet that the Republican nominee will carry Alabama next year.

It is also a good bet that Hillary Clinton will be the Democratic nominee and will more than likely capture the White House. Demographics favor a Democrat winning the presidency.

Who will be the Republican standard-bearer and who will win Alabama’s GOP presidential primary? Former Arkansas Gov. Mike Huckabee won our primary in 2008 and he has kept his presence alive as a commentator on Fox News. This is the only network that Alabama Republican Primary voters view. We are one of the most socially conservative states and Huckabee, who is a Baptist minister, has won the hearts of social conservatives.

It will be interesting to see how Donald Trump fares in Alabama. He drew a huge crowd in Mobile a month or so ago and appears poised to campaign in the Heart of Dixie.

Florida Sen. Marco Rubio is a player to be reckoned with in the national race for the nomination. He has solid conservative credentials and has been a rock star on the national conservative radio talk show circuit. His Hispanic/Cuban heritage enhances his potential as a viable candidate against Hillary Clinton.

Another Hispanic star is Texas Sen. Ted Cruz. He is an overt conservative and seems to have caught the eye of the national conservative media. He has been very outspoken against Obama and ObamaCare.

American politics has a deep history of families dominating and creating dynasties. The names of Adams, Roosevelt and Bush have father, then son and even cousins who have served as president. It is almost like a franchise.

Well guess what? We have another Bush on the horizon. Jeb Bush was expected to be the heir apparent to his family’s political legacy. He was much more focused and accomplished as a young man, compared to his older brother, George. Jeb Bush is a proven popular former governor of Florida. He had two extremely successful terms as governor of America’s most populous swing state. During his tenure his approval ratings were out of sight and he left office as one of the most popular governors in Florida’s history. He also polled extremely well in the conservative Panhandle area, which is basically an extension of Alabama.

It is anybody’s guess who will win our GOP primary next year. However, I will venture a guess that the presidential contest in the fall may be another Bush vs. Clinton contest. My prediction for the fall of 2016 is Hillary Clinton will be the Democratic nominee and Jeb Bush will be the Republican nominee. The Hispanic vote again will be pivotal and it will not be an insignificant factor that Bush has a Hispanic wife. He also speaks fluent Spanish.

It will be fun to watch the presidential parade unfold.