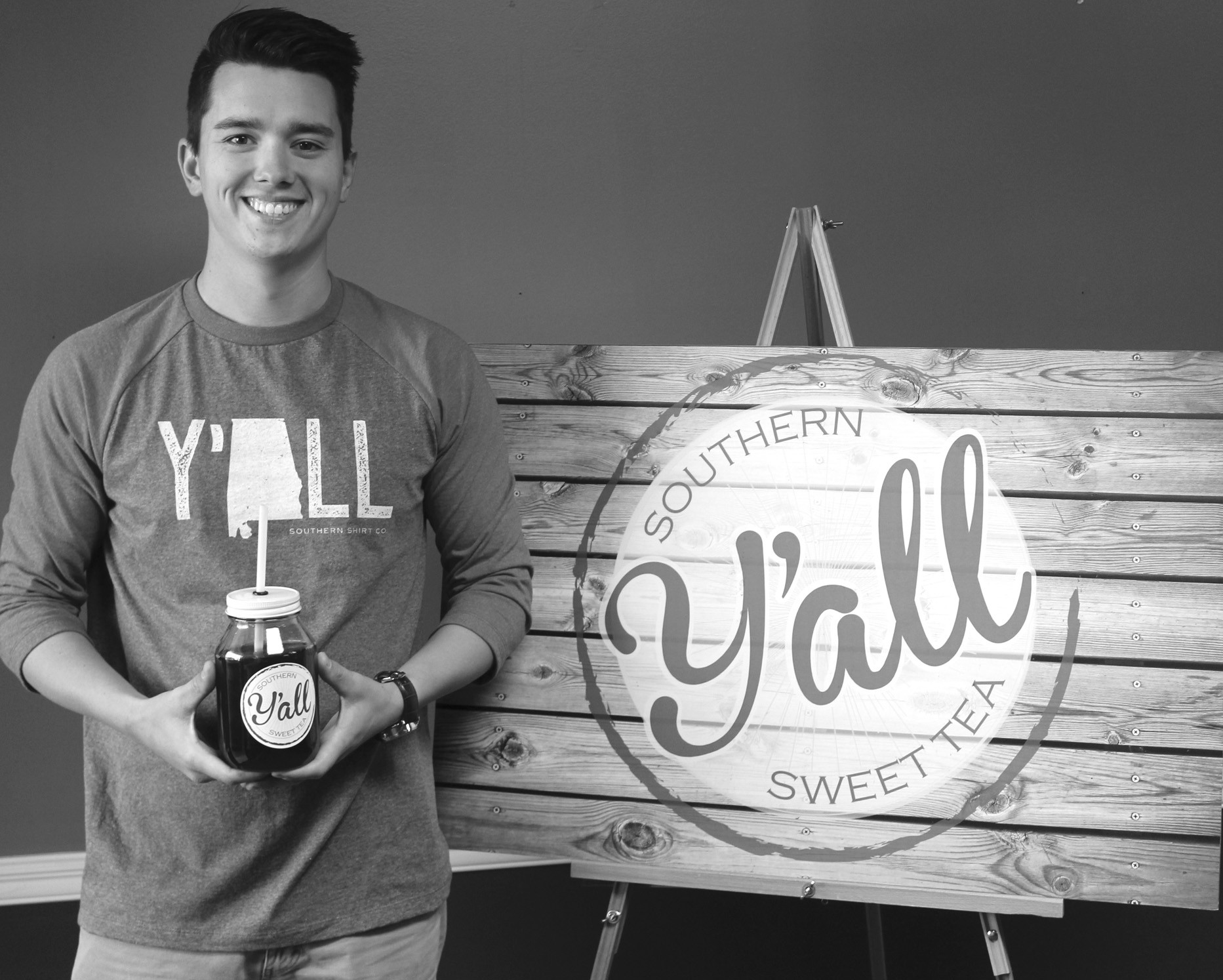 What began as a start-up business venture in his parent’s basement, is now looking like an entrepreneurial success.

And, for a 21-year-old Hayden man, he’s living his childhood dream.

The idea began when Darien Craig was 14 years old. Two of his friends’ moms made great sweet tea. After playing sports or adventuring outside during the summer, he and his friends would all sit down for a glass of that sweet tea, and that’s when Craig began to think of marketing it for profit.

“When you have a really great glass of sweet tea, you remember whose tea it was and where you drank it,” Craig said. “There’s nothing more country than summer and sweet tea. When I was a teenager drinking that tea, I thought,‘We could sell this.’ I wanted to do that then, but I just didn’t know how.”

Fast forward seven years, and that thought has become reality. In August of last year, Craig took one of those same recipes from his friend’s mom, tweaked it a little bit, and began mass producing it. People responded well to the product, and Craig saw an opportunity to sell the tea, branded as Y’all Sweet Tea, at festivals.

“We were set to be there for nine hours all three days of the festival, but each day we sold out within three hours of setting up,” Craig said.“We sold crazy amounts of tea, and it was such a humbling experience.”

Since then, Y’all Sweet Tea has been sold at 20 different festivals throughout Alabama.

“There’s a huge hole in the sweet tea market at festivals, and while we do have good tea, we also have a ton of people who love our jars, so that’s a big pull.”

The containers, which resemble Mason jars, add to the Southern charm of the tea. An even bigger incentive is once someone buys that first jar of tea for $8, they receive free refills for the lifetime of that jar.

As much as the jar pulls people in, ultimately, it’s the tea that impresses. The cool factor comes from how it’s made. First, Craig makes tea concentrates and sugar concentrates in a big pot on a propane burner. After that, he puts ice in the jar, pumps in three shots of tea followed by three shots of sweetener, and adds water. Once it’s mixed, it’s served for the buyer’s enjoyment.

“It would be easier and quicker for me to just add the tea and water together like normal, but it wouldn’t be anywhere as good as how we currently produce it, and that’s what we want to offer – really good sweet tea,” Craig said.

While the festival season is in its dead period, Craig is still making sweet tea and, at the urging of his customers, now sells the tea by the gallon for $5. His business is located off Ala 160 on Smoke Rise Trail.

But the Y’all Sweet Tea brand isn’t stopping at only sweet tea. Craig is also venturing into selling clothing to build revenue between festival season.

“The plan is for people to think of our tea every time they hear or see the word, ‘Y’all’,” Craig said.“The clothing line will also serve as marketing to keep Y’all Sweet Tea on people’s minds throughout the year.”