Some ALDOT meeting takeaways official; others, not so much 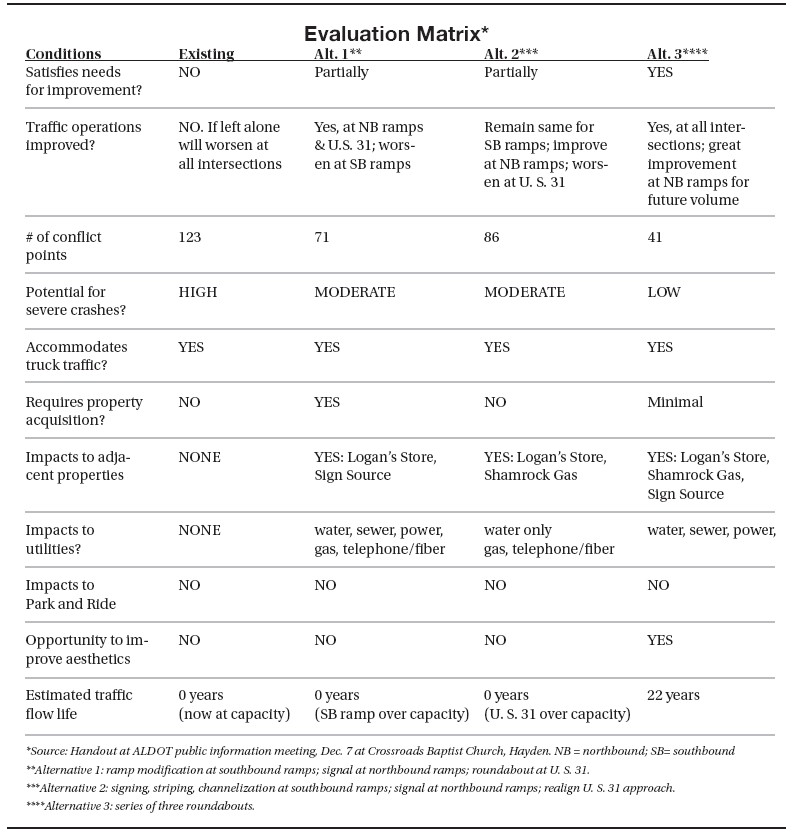 The good Lord willing and the creek don’t rise, the I-65/Ala 160 intersection could possibly be engineered, approved and re-approved; designed, approved, and re-approved; funded, approved, and reapproved, then built and opened to traffic in three years, given favorable weather and other astrological conditions. The design and approvals would take the first two years, construction the last. That’s an Alabama Department of Transportation (ALDOT) best-case dream.

Translation: good chance it’ll take longer than that. That’s an example of an unofficial takeaway from ALDOT’s public information meeting. ALDOT provided no timelines, and no cost estimates. In fact, ALDOT provided no official presentation, though there were wall-to-wall maps, schematics, and animations showing the performance of different intersection design alternatives under simulated traffic conditions with attendants at each display from the design firm to field questions. Visitors were very much on their own to sort it all out. 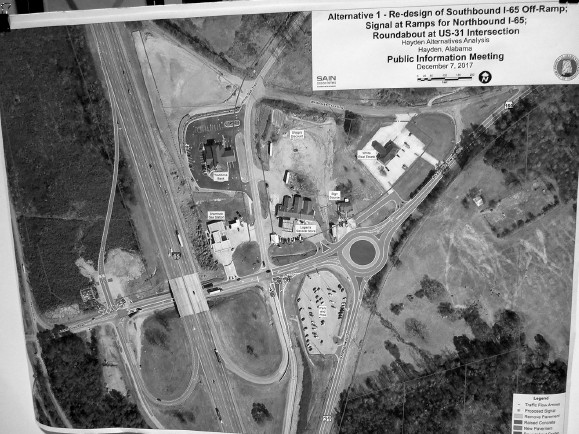 On cost: No hard numbers, but unofficially, alternative 1 is probably the costliest because of the new, quarter-mile-long ramp for southbound traffic, requiring right-of-way acquisition. Alternative 3 with three roundabouts, surprisingly, is expected to be the least expensive, and, by process of elimination, alternative 2 is left to occupy the middle ground. That, unofficially, came from ALDOT assistant east central region engineer Lance Taylor.

In the way of official information, a handout was provided that turned out to contain a trove of useful information, repaying the effort needed to decipher it and relate it to the diagrams of the three alternatives – four, actually, if you count doing nothing (“Existing” in the evaluation matrix chart at right) as a viable alternative. 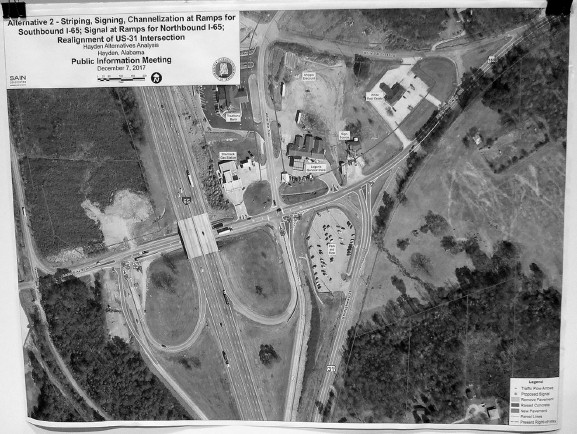 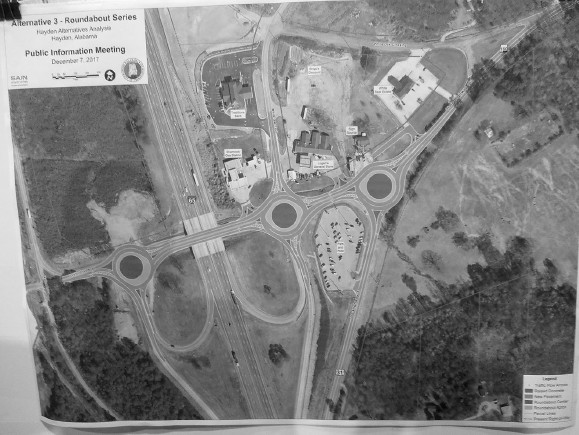