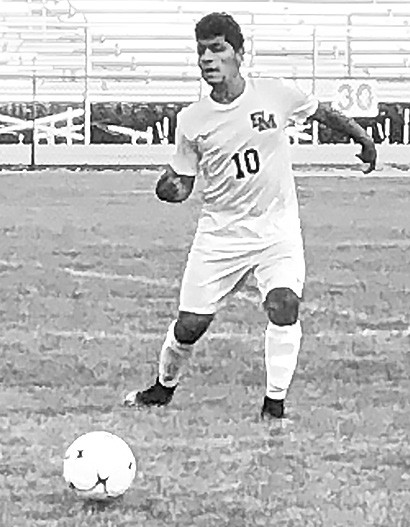 Soccer has never been better in Blount County. Oneonta boys and girls and Susan Moore boys all made it to the state playoffs this season.

The Redskins shut out Crossville 4-0 in round two. Springville was too much for Oneonta in round three and they took a 2-4 loss. They finished their season with 16 wins and three losses.

The Lady Redskins also won round two of the playoffs. They defeated Boaz 4-2. However, they ended their season after a 0-7 loss in round three to Southside High School. Oneonta girls were 10-3 for the season.

Susan Moore battled against Saks to win 4-3 in the first round. Jason Mejia scored two goals on personal kicks. Gabriel Piceno scored one goal. Jesus Aguilar scored the winning goal in the second over time by heading in a cross from Mejia.

The Bulldogs played Altamont in round two. Mejia scored a goal in the second to take the lead, but Altamont answered and tied the game and sent it into overtime. It went through both overtime periods to personal kicks. Mejia, Diego Garcia, and Tony Lopez hit the first three to gain a 3-1 advantage. Jordan Martinez defended two of the first three; however, Altamont hit the last two and it was tied 3-3. This sent the game into sudden death. Anthony Cervantes made the first goal and Martinez defended the shot by Altamont and the Bulldogs thought they had won. A call that Martinez moved too early gave Altamont another chance. They made the kick and tied once again. The Bulldogs missed their next attempt and Altamont scored and won the game 2-1.