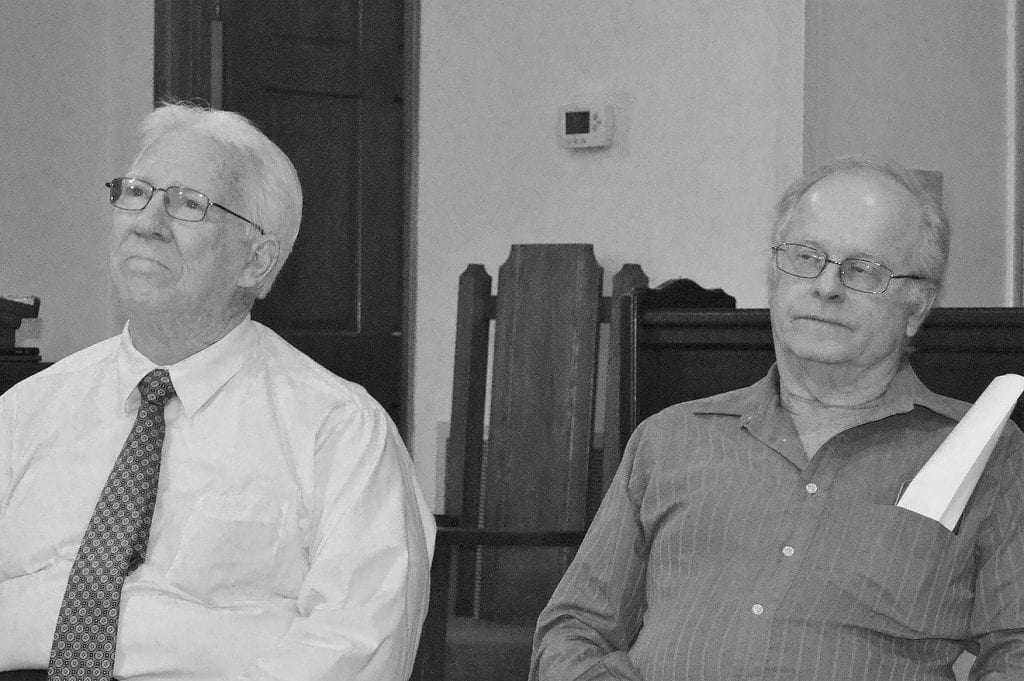 The Smoke Rise Homeowners’ Association held a town hall meeting last Thursday for District 1 candidates for the offices of Blount County Board of Education (BOE) and Blount County Commission. BOE qualifiers are Ken Benton (incumbent) and Rod Dabbs. Running for the county commission seat are Allen Armstrong (incumbent) and James Foster. The audience queried the candidates. The Republican primary is Tuesday, June 5. There are no Democratic contenders for either office.

Benton said he has lived in Blount County since 1975 and his children and some grandchildren graduated from Hayden High School. He has served as president of both the PTA and the band boosters, in addition to sitting on the board of the Blount County Education Foundation for 12 years. He was appointed to the BOE four years ago and said, “I’m a Christian man. Everything I do on that board, I do as a Christian. Every decision I make is to do what’s best for those children.” 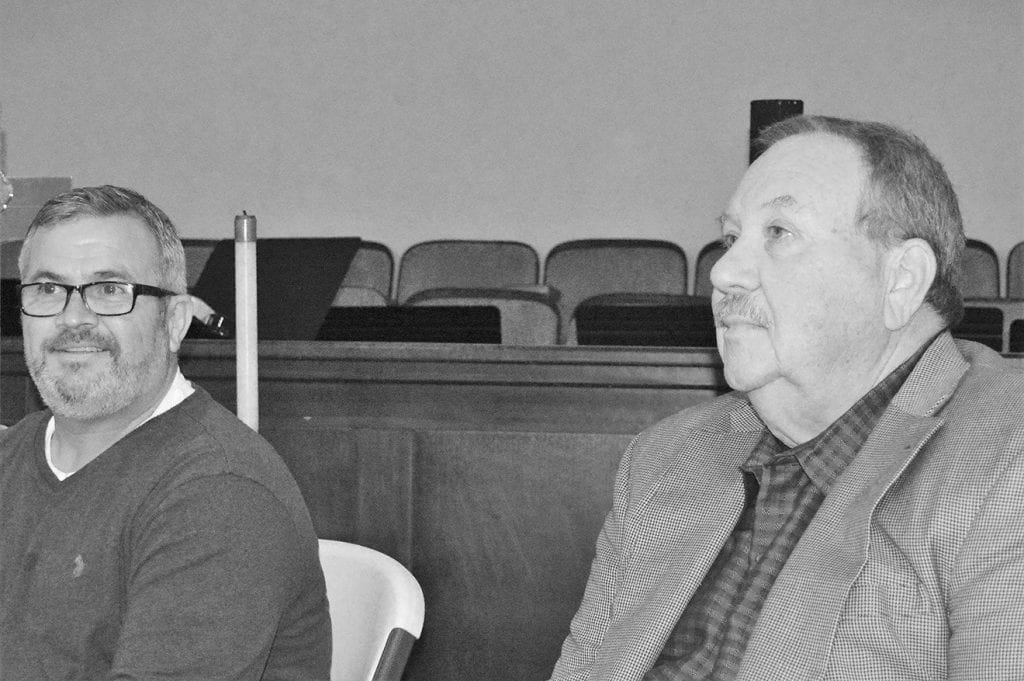 Dabbs said he is a member of the Blount County Republican Club and serves on its executive committee, as he has done for nine years. In that time, Dabbs points out he has missed only two meetings. He said he is running because, “We’re dodging bullets.” As an example, he said he had complained to the BOE for three years about a dangerous situation at Vera Vaughn Park, BOE property, where a child could have been injured or killed had they fallen into a drainage ditch. “They (the BOE) were putting your kids at risk because they didn’t want to show that I took a stand. That’s why I’m here today.” What would you do to change the schools?

Benton talked about a mentor program where teachers/ counselors get more involved. Students lack “… soft skills. They don’t know how to get out and meet people.” He pointed to the “Leader in Me” programs at Hayden Middle and Cleveland Elementary schools where students are encouraged to engage with others.

Dabbs noted he would use the time between election day and inauguration to come up to speed on the issues. “I’m going to do what is best…for the entire system, but Hayden is my priority.” What would you do about the problem of cell phones in the schools?

Dabbs: “I was not aware cell phones were a problem.”

Benton said they should try to incorporate the use of phones in the classroom as long as the teacher gives them permission to do so in order to conduct research. “It’s a problem we have to learn to live with.” What is Blount County doing about safety and guns in schools? Should the technology funds set aside by the Legislature be used to increase security, as has been proposed by a bill that passed the state house last month?

Benton disagreed with the idea of arming teachers, but said the board is trying to add two school resource officers (SRO). Of the technology fund, “Alabama is real bad about robbing Peter to pay Paul. I think…we need to bite the bullet and do both.”

Dabbs said, “I think teachers should not be armed with lethal weapons.” He added it would be okay for them to have some sort of non-lethal weapon for protection. “I think the schools could be redesigned to make it harder to get into the school.” As for the technology fund, “I think security is more important.” Should homeschooled students be able to participate in a school’s extracurricular activities?

Neither of the candidates disagreed with the practice as long as the student lives in the district and participates in physical education at the school. Who should be directing traffic in the morning and afternoon on Ala 160 at Hayden schools?

Benton suggested community involvement, like volunteers, to help with traffic so the SRO can continue with his duties.

Dabbs said the SRO should be directing traffic as long as there are other deputies in the area.

Armstrong started by pointing out he is a life-long resident of the area and has served on the commission since the 2010 election and said serving is a passion. “I love this place. I just love serving people.”

Foster began by saying he is the “new kid on the block,” having moved here 10 years ago, but said he has the experience and qualifications to be a commissioner due to his management experience, which includes 22 years as the president of the Huntsville campus of Virginia College. What is the job of the commissioner?

Armstrong said he meets the road crew at 4:30 or 5 a.m. on work days, when necessary lobbies the Legislature for the county, and generally, “whatever needs to be done.” To reduce overtime for employees, he will go on call-outs to remove trees from the roadway.

Foster pledged to personally drive every mile of the roadway in the district and repair them the most economical way possible while relying on the input of workers and the county engineer. He also said he would manage the employees and the overtime. “There’s always (room for) improvement…” Is the Moving Blount County Forward (one-cent sales tax) working?

Armstrong pointed out he was against the tax because it started out as a “road fix plan, but became anything but that,” with the money being disbursed in other ways. He also pointed out the county recently borrowed $10 million, which will pay for paving about 100 miles of the 1,120 miles of county roads. Once that money is spent, no other paving using the sales tax funds will be done until the debt is paid, which will be 7-10 years. Regular maintenance will continue.

Foster acknowledged the sales tax is being shared with the school systems, the fire departments, and municipalities in the county. What do you consider to be the main priorities of the county?

Armstrong said work to balance the budget and address the roads.

Foster said work to get more deputies on the roads and attract more business in order to increase revenue.