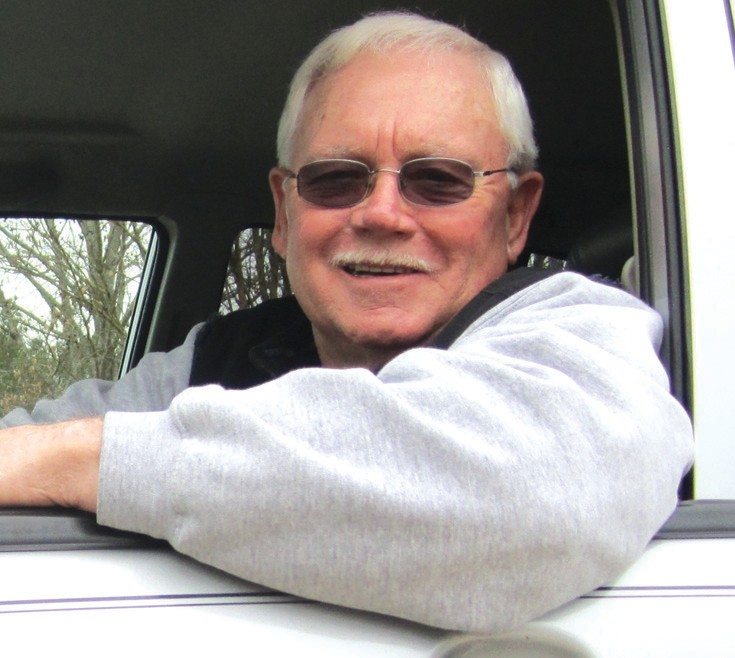 R.C. Smith:
‘been there, done that,
know what to expect’

R. C. Smith served previously as commissioner of District 4 for one term from 2000 to 2004. He didn’t run for re-election in significant part because of the tragic death in 2004 of his youngest daughter Shannon, then 31, in an automobile accident, creating the need for him to serve as the executor of her estate in the aftermath of her death.

Smith said an important reason in his decision to run again was a number of his friends and former supporters who had approached him last summer, urging him to run. “They wanted someone who had experience,” he said. “You know how important experience is. And I’ve already finished all the required courses a new commissioner has to attend. I’ve even finished the graduate program for commissioners.”

He emphasized that because of completed training and experience on the job itself, his learning curve would be minimal and he could perform effectively from the outset. Personal profile

Smith, 69, was born in what is now the Ensley area of West Birmingham. R.C. stands for Richard Calvin, but his father and grandfather both went by the initials R.C. and so does he. It’s a family tradition. He attended schools growing up in the Ensley area, graduating from West End High School. He did not graduate from college, but took courses for two years at Jefferson State Community College, majoring in management supervisory technology and later at Pensacola Junior College where he took a course in technical writing.

Smith is married to Lisa Reid Smith of Jefferson County. He has four children from an earlier marriage: Lisa Newton, 49; Letty Smith, 48; RC Smith IV, 46; and Jason Freeze, 36. Smith and his wife have adopted and, since 2002, have been raising two grandchildren: Tristan Freeze,13, and Tori Freeze, 12. The Smiths are members of Cleveland First Baptist Church. Work experience

Much of Smith’s experience comes from an extensive and varied career in the military, from which he retired in 1992 with 32 years in the service. He joined the Marines in 1959 and went through boot camp at Parris Island. He later volunteered for the supply division of the 1st Marine Brigade while serving at Kaneoke Bay in Hawaii. In 1967 he applied for a federal civil service job and was assigned to naval station Whitting in north Florida handling parts for naval aircraft. He was laid off in 1969, and returned to Birmingham, working briefly for U.S. Pipe before rejoining the Air National Guard as supply sergeant. In 1973, he transferred to the motor pool. He later rejoined the Marines for a two-year tour, then returned to the Air Guard motor pool job in 1979, retiring in 1992 as the vehicle maintenance and operations superintendent over a motor pool operation of 92 vehicles. At retirement from the military, he moved to Blount County and went into business hauling chert and doing excavating work for driveways and light road work. He ran for District 4 commissioner and was elected in 2000, serving until 2004. Qualifications for job

Smith listed the following as qualifications for the job:

•leadership classes taken periodically while in the Marines and Air Guard.

•four years’ previous experience with managing the county budget. “I know the budget is going to be an uphill battle and very challenging in coming years, but I don’t back away from a challenge,”Smith said. Candidate’s statement to voters

“If elected your commissioner, I will pledge to do the best job possible for District 4 and all of Blount County. I will work with the chairman of the commission and the other three commissioners to make Blount County prosper and become an example for other counties.

“My priorities will always be the people first. The roads in our county are very important but that is not all a commissioner does. I will work to get more jobs so that 64 percent of our working people can work in Blount County and not in neighboring counties. I will work to manage fairly all county employees and to take care of my men in District 4. During my previous term, I supported the sheriff’s department and the schools 100 percent. If elected, I will continue that support.”