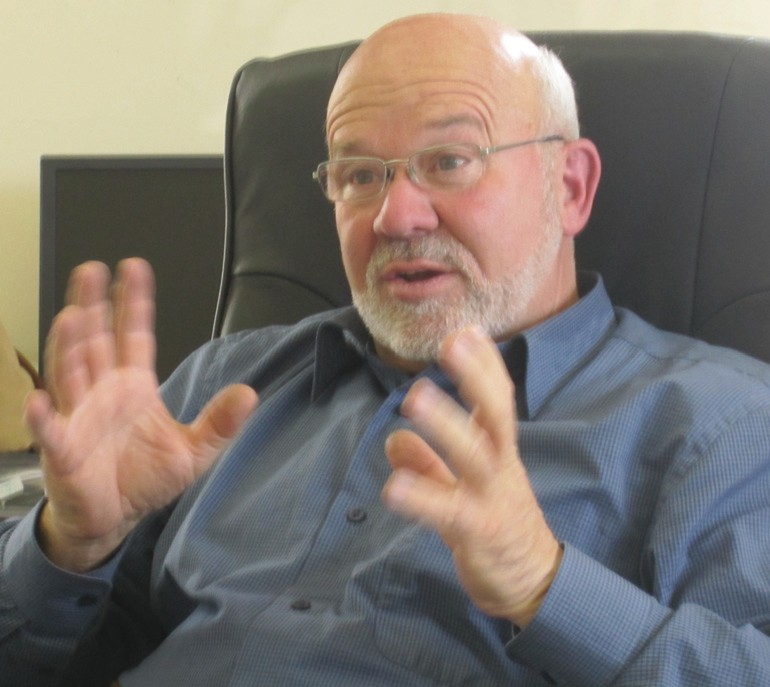 Gary Stricklin:
something he ‘always had in mind’ to do

Gary Stricklin is a successful businessman who owns Stricklin Services, a company that builds convenience stores, car washes, and mini-storage buildings and installs gasoline pumps. He owns a convenience store, three car washes, and a mini-storage building himself. He also works occasionally building driveways for the public, using the dump trucks, loaders, and other heavy equipment from his commercial business.

So why is he looking for a full-time thankless-and-not-so-handsomely-paid job as county commissioner?

“Blount County has always been good to me,” Stricklin said. “I’d like to give back to the county for what it’s given me. I know we’re in a time when money is tight, but I know how to stretch a dollar and maybe that will help. It’s not something I decided to do in a hurry. I’ve thought about it over the years, and it’s just something I always had in mind I might want to do when the time was right.

“So, when Waymon (Pitts) announced last fall he wasn’t going to run again, I thought, ‘well, I guess this is my time if I’m going to do it.’”

What about the construction business? Will he try to run it on the side while holding down the commission job?

“No, I’ll be a full-time commissioner. My son will manage the business. He already handles all the field work, so he’s ready, and he knows the business.”

Personal profile Stricklin was born 58 years ago in the East Lake area of Birmingham. He graduated from East Lake High School in 1971 and moved to Blount County later that same year when he married a Blount County girl, Judy Gail Nesmith, now deceased. His immediate family includes two children: David, 37, and Lorinda, 35.

Work experience Stricklin worked at Revereware in Oneonta for three years after moving to Blount County, interspersed with working as a farm hand whenever layoffs hit the factory job. He then took a job working as a construction supervisor for Service Equipment Company in Birmingham, an outfit that installed gasoline pumps for service stations and built convenience stores, very similar to the company he formed himself when Service Equipment went out of business eight years later. He started his own business in 1986 with “a 1971 model Ford pickup, a toolbox and a two-week paycheck that bounced,” he said. He built his first convenience store that same year in Winfield, and his first car wash two years later, and has been following the same business model ever since.

Questions for the candidate What is your understanding of what the job of commissioner requires, and what do you see as your qualifications for the job? Stricklin: “From the people’s standpoint, there are two major parts to this job. There are lots of other details and responsibilities but two major things stand out: to make sure citizens have adequate roads to travel around the county on and to establish the budget for the county – to make sure the major county departments have funds to provide services to citizens. “My qualifications are 26 years’ business experience and the judgment that goes with it to make hard decisions. I have good common sense and the necessary managerial skills to manage county affairs. I have heavy equipment experience to provide a background for roadwork. And I have plenty of experience dealing with the public from my years of dealing with customers. You’re actually a servant to the public and you have to look at it that way. You have to listen carefully and pay attention to what they have to say, and then respond in a reasonable manner.”

Are there any issues or matters you know right now you’d like look into if you are elected? Stricklin: “I have always had a question about using concrete drainage pipes under roads rather than metal culverts. Metal culverts deteriorate and have to be replaced every so often. And when they do, the road has to be dug up to get them out and replace them. So, you get a road that has a rough place everywhere you’ve had to replace a culvert. Why not use concrete? Concrete lasts a lifetime.

Candidate’s statement to voters “I’d like to say to the public that I offer my business experience for the commission job and I promise to be open to their concerns and be willing to the best of my ability to serve them as commissioner. I will try to keep God first in my life. I ask them to pray for me, and I will pray for them also. I will be accessible and responsive to people to meet their needs. My office door will always be open. I want to be a servant of the people, and I will treat them accordingly.”