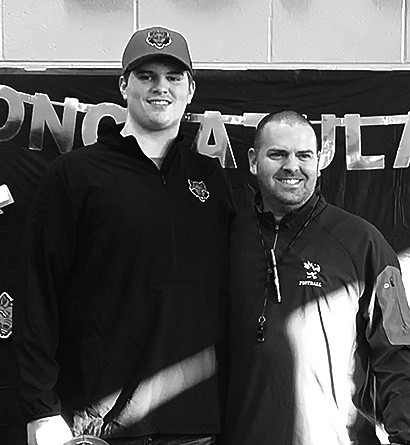 Noah Smith, senior offensive lineman at Locust Fork High school, officially signed on Dec. 19 to play football at Arkansas State for the Red Wolves. Smith ultimately decided on Arkansas State after considering offers from other teams, including the Western Kentucky Hilltoppers and the Central College Dutch (IA). Smith says, “It just felt like a family [at Arkansas State]. That’s why I decided to commit there.”

Hornets’ head coach Matt Plunkett had lots of praise for the young athlete, saying, “There were a lot of days that he got coached really hard and challenged, but one of the things I’m always going to remember about him is that he never backed down from a challenge.”

Smith is the son of Keith Smith and Elisa Turner. Along with playing football, he plans to pursue a degree in sports medicine.