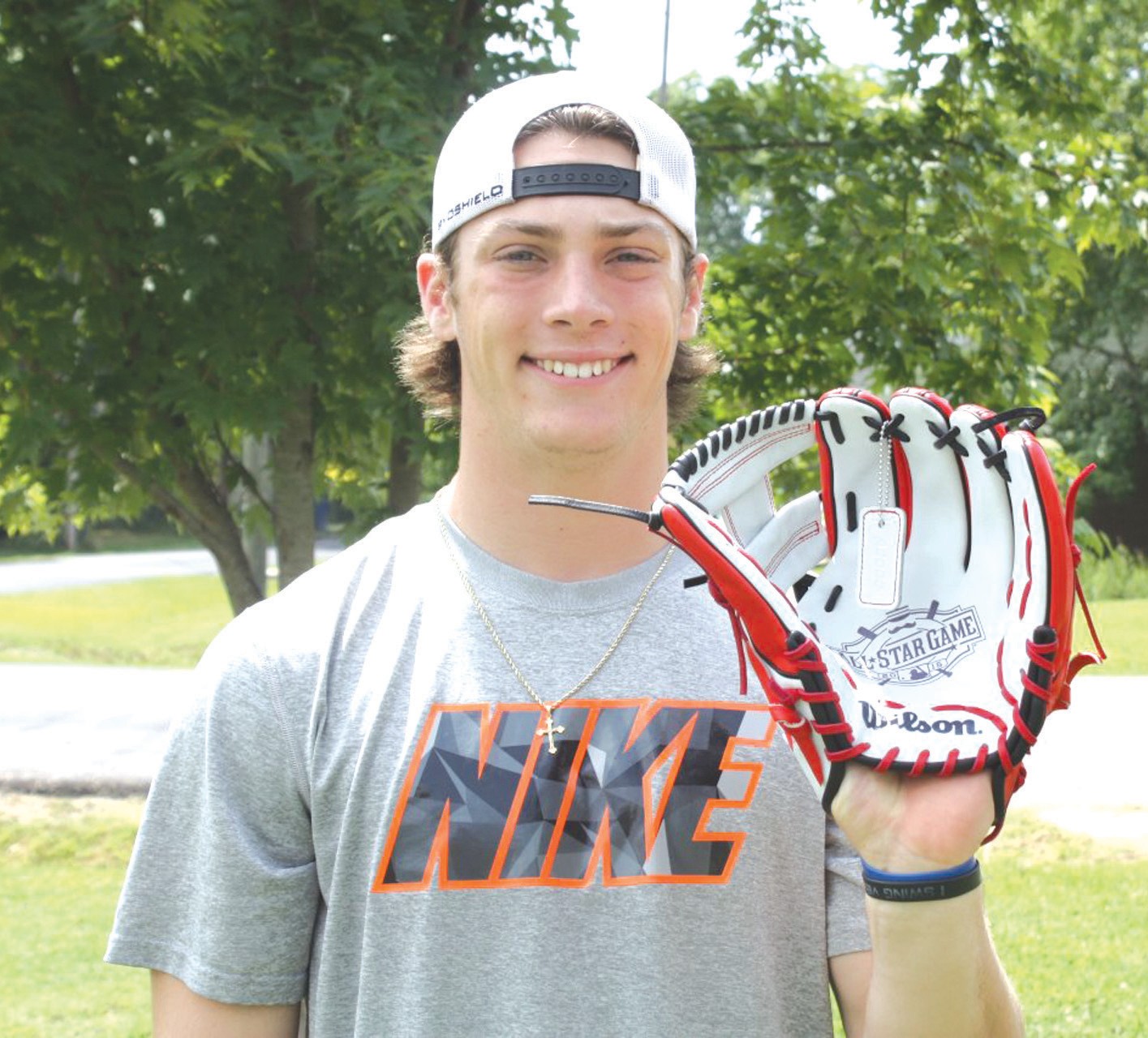 Oneonta senior-to-be Trevor Smith is one of the best high school baseball players around. As a junior, he was an all state selection at two different position – third base and pitcher – and is already drawing interest from college programs. He’s also got an eye for design, apparently. In March, Trevor saw a post on Instagram about a contest the Wilson company was holding for designing a commemorative glove for the Major League Baseball (MLB) All Star Game in Cincinnati (the game was played last night). Trevor went on the Wilson website and designed what turned out to be the winner – a Wilson A2000 in red, white, and black. Smith found out he won in April and he received his glove last week. ‘I think the coolest thing is that all the players with a contract with Wilson, received the glove in their lockers before the game,’ Smith said.