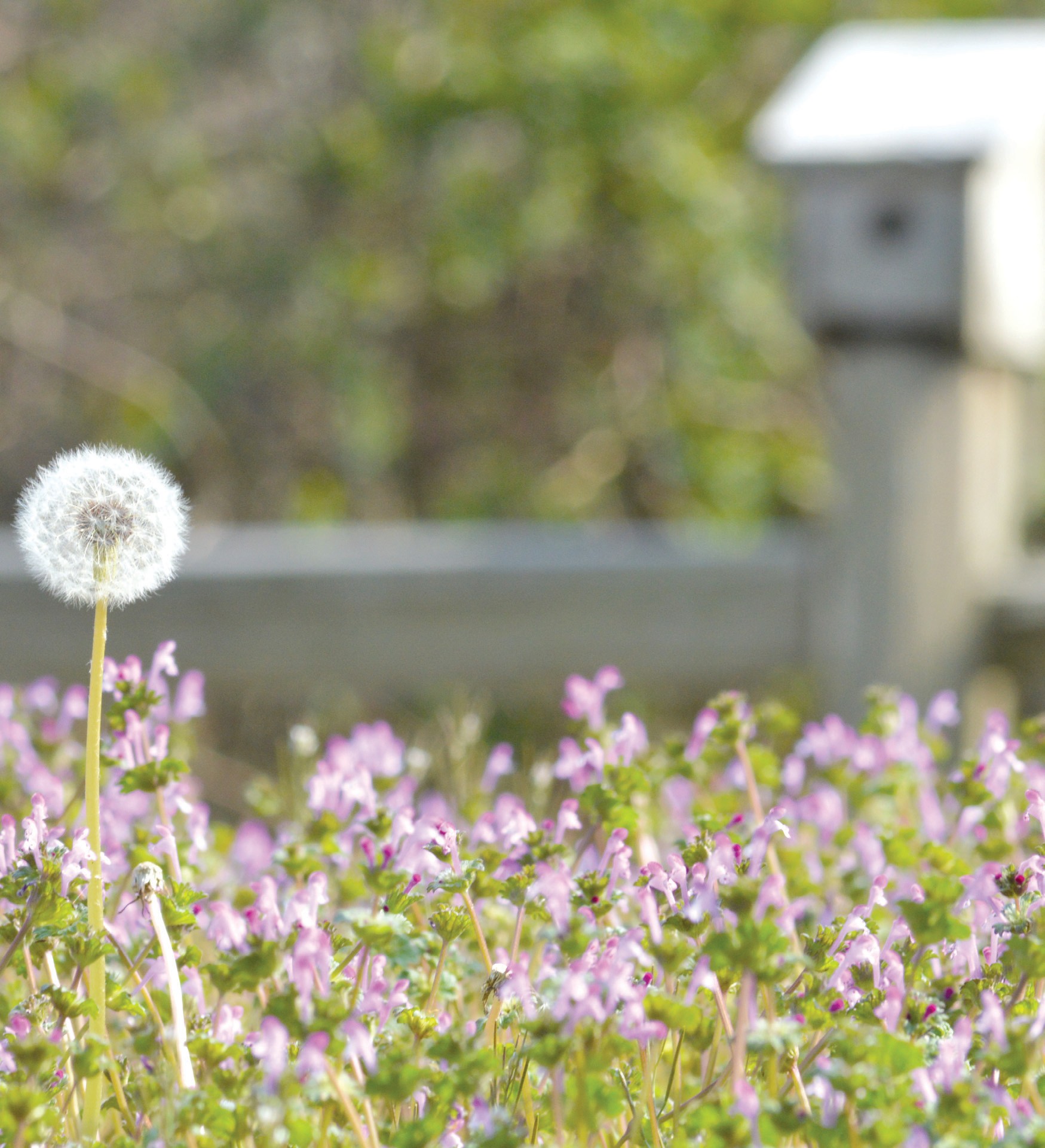 The dandelion ( Taraxacum officinale) stands amid the henbit nettle (Lamium amplexicaule) and the bluebird house is ready for inhabitants. Although common in most yards and pastures and later in the year often considered a nuisance, the dandelion and henbit nettle are signs of spring that some residents are welcoming with open arms. – Ginger Perkins