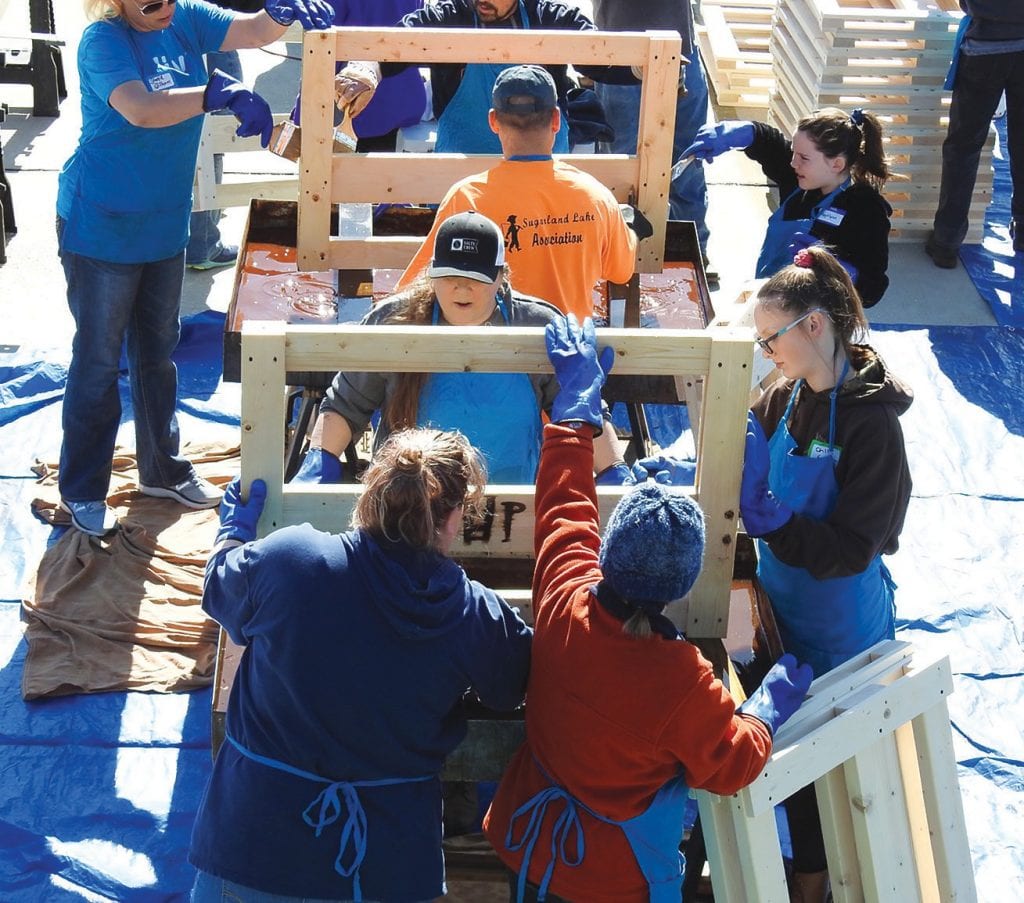 I think everyone would agree that all children deserve a safe, comfortable place to lay their heads at night. But, did you know there are thousands and thousands of children across the country that go to bed every night without a bed — or even a pillow — to sleep on. These children, even children right here in Blount County, end up sleeping on couches, blankets, and even floors.

That’s where Sleep in Heavenly Peace comes in. SHP is a national nonprofit with chapters across the U.S. comprised of volunteers dedicated to building, assembling, and delivering beds to children and families in need.

Last fall as the Agape Sunday school class at Lester Memorial United Methodist Church was brainstorming different missions they could support, Matt Cornelius brought up SHP. He worked with the president of the Gadsden chapter and the group decided that the organization would be a good one to support.

Christy Buckner kept feeling this tug on her heart that maybe they were meant to do more. She said, “God just placed this on my heart and I couldn’t stop thinking why can’t we do more. Why can’t we have a chapter here? I know there are so many kids here in Blount County who need beds just as much as the children in Etowah County.”

She and her husband, Dan, decided they would go to a bed build in Gadsden to see firsthand how the process works. They recruited friends Neal and Kristi Brooks and Richard Phillips for the November build. As things often happen, only Christy, Kristi, and Phillips were able to go. But the three were more convinced than ever that Oneonta needed its own chapter.

So they started the process with the support of Lester Memorial and last Friday, the Oneonta chapter of Sleep in Heavenly Peace was officially launched.

On Saturday, the chapter hosted its first official bed build. More than 225 people from across Blount County showed up on a cold February morning to build beds.

In a little under three hours, this group of volunteers built a total of 67 beds. The beds are now ready to be delivered to children throughout Blount County.

“It was an outreach of community love from different churches and different towns in Blount County. We also were very blessed to have some core members of the SHP Gadsden and Hartselle chapters who came to help. When Dan and I decided to start a chapter here, we never dreamed the amount of support and love we would receive from across Blount County.”

While this first bed build is behind them, the Oneonta chapter continues to need new twin bedding and pillows, as well as financial support. Donation boxes can be found throughout Blount County at The Gym, Terry Sligh Chevrolet, Legends Sofa Bar, Lester Memorial, WoodFire Grill, and Impact Physical Therapy. They also their Amazon wish list.

As of press time, the group has already gotten eight requests for beds. Anyone can make the request. The only requirements are that the children be between the ages of 3 and 17 and be a resident of Blount County. To request a bed, go to the SHP website at shpbeds.com and select the Oneonta Chapter. Then enter a Blount County zip code and fill out the form.

“We serve a loving God, who has taken care of every need before we had a chance to worry about it,” Dan said. “Anything from interest, donations, prayers, and volunteers has been provided. The divinity of so many people from Blount County, the Gadsden area, the Hartselle area, Trussville, and Hoover coming together for a Godly cause was amazing.

“What started out as a mission of the Sunday school class and Lester Memorial has turned into so much more. We could never have gotten where we are without the support of Lester. They have supported this 100 percent. But this is definitely a ministry of Blount County and this amazing community.”