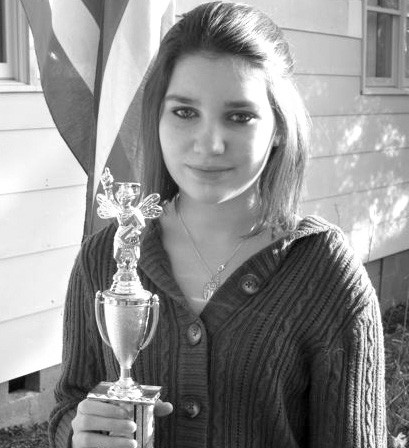 Anna Claire Roach, a sixth-grader at Locust Fork Elementary School, is the 2010 Blount County spelling bee winner. Her countywide win came shortly after she was announced as the 2010 champion of her school spelling bee.


Anna Claire and 13 other winners participated in the county-level spelling bee Feb. 9 at J.B. Pennington High School. The bee progressed through 15 rounds until Anna Claire spelled the championship word mongrel,
after which she was declared the countywide winner.

Sonya Humber, Locust Fork teacher, says Anna Claire “is the first winner from Locust Fork Elementary School to advance to the state level.” She will compete at the state meet March 6 at Oak Mountain High School. The state champion will win prizes and a trip June 2 to June 4 to compete in the Scripps National Spelling Bee in Washington, D.C.

The sixth-grader is the daughter of Joe and Carrie Roach and the sister of Virginia Roach of Locust Fork. She is on her school’s The Little Hornet
newspaper staff.