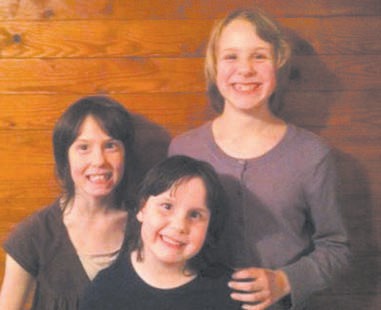 Jessie Lynn Harmon, 12, and Diana Marie Harmon, 14, of Locust Fork, accidentally drowned in the Locust Fork River on Saturday while swimming with their father and younger sister, Amber Harmon, 10. They were near Dean’s Ferry Road at a popular swimming hole.

Blount County Sheriff’s Department Operations Officer Tim Kent said,“Their father took them swimming. They couldn’t swim well, so they stayed in the shallow water. Their father was ready to leave, but the two older girls wanted to swim a little longer. I think they wandered a little too far out and got caught in the current. We think Jessie went down first and Diana tried to save her. There were two other adults there that weren’t connected to the family. They tried to save the girls, but were unsuccessful in their efforts. It’s such a tragic occurrence, especially for this weekend [Mother’s Day].”

The sheriff’s office received a report of the drowning around 5:25 p.m. and a search commenced for their bodies. One of the girls was found quickly but the second wasn’t found until around 7:45 p.m. according to Kent. A state helicopter was part of the search for the girls.

The family’s youth pastor, Will Standridge II from County Line Baptist Church, started a GoFundMe page for the family to pay for funeral expenses; the page exceeded its goal ($15,000) in one day. Locust Fork School is still accepting donations for the family, as well. All additional donations will be transferred into an education fund for the girls’ younger sister, Amber.